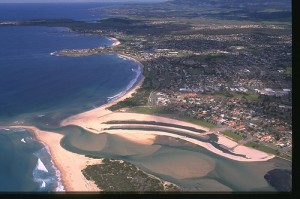 New South Wales is one of the states of Australia made popular by being home to Sydney. The state is located to the southeast side of Australia above Victoria and below Queensland. The majority of the population and the populous cities lie on the eastern coast and include Sydney, Newcastle and Wollongong. New South Wales has a little bit of everything: big cities, outback, beaches, rainforest and mountains.

The weather in New South Wales is variable given its size with the western section being considered outback with a dry and arid climate. The eastern coastal regions, where most of the population and big cities reside, have a temperate climate with hot summers and mild winters that rarely see snow.

The best time to visit New South Wales would definitely be during the summer months (December to February) if looking to hit the beach and surf, although shoulder season travel is also popular.

Sydney will most definitely be a stop on your Australia trip so you can partake in the joys of climbing the Sydney Harbour Bridge or lounging on Bondi Beach. It’s a multicultural city with shops and restaurants to suit almost any taste, and the weather is not bad either.

Near Sydney: Check out the Blue Mountains and Jenolan Caves, the Royal National Park, the Grand Pacific Drive, the Hunter Valley and Manly.

Planning a trip to Sydney:

Wollongong is the third largest city in New South Wales, and it is located just 50 miles south of Sydney. Known for having clean beaches, you can relax here, or head out to the Nan Tien Temple for a bit of peace.

Near Wollongong: Check out Kiama, Bega, the Grand Pacific Drive, the Australia Capital Territory and Canberra.

Newcastle is the second largest city in New South Wales located about a 2 hour journey north of Sydney. Newcastle may be a port city with an industrial edge, but it is also known for having some great surf beaches.

Near Newcastle: Check out the Hunter Valley and Port Stephens.

Port Macquarie is another beachy town on the north coast. Located just about 400 kilometers north of Sydney, Port Macquarie is home to the Koala Hospital (so cute), a rainforest center and famous beaches like Oxley Beach, Town Beach and Flynns Beach.

Near Port Macquarie: Check out Tamworth, Forster or Coffs Harbour.

Byron Bay is located in the northern part of New South Wales near the Queensland border. It is known as an alternative style getaway town for tourists and backpackers looking to surf, skydive and scuba dive.

Near Byron Bay: Check out the Gold Coast or Coffs Harbour.

Broken Hill is an old mining town at the farthest western reaches of New South Wales. It is known as the “accessible outback” for those in New South Wales, even though getting there just might take you 15 hours by car.

Near Broken Hill: Check out Silverton, Menindee and White Cliffs.

Planning a trip to Broken Hill: