Getting from Brisbane to Perth 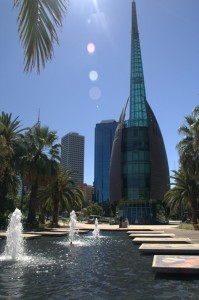 Perth, for being a capital city of an Australian state, is less visited and less populous than most others because of its distance and remote location on the opposite side of the country. To get a better idea, getting from Brisbane to Perth would be the equivalent (approximately) of getting from New York City to Los Angeles in the United States. In other words, Perth is not close to Brisbane, or any city on the east coast, at all.

Getting from Brisbane to Perth is a lengthy domestic flight, but for many travelers, the journey getting there is half the adventure. I mean, who wouldn’t want to spend 3 days on a train or camp in the Red Center while in transit to Perth? As the crow flies, it is a long 3400 kilometers from Brisbane to Perth; by way over land, you can be sure it is not a direct, simple path!

Getting from Brisbane to Perth by Plane

Flights are usually the easiest and quickest way of getting from one location to another in Australia because of the size of the country. Flights from Brisbane to Perth direct go for 5.75 hours and can be completed on Qantas, Jetstar and Virgin Blue airlines. Other airlines and routings may require a stopover in a hub city.

Quick search for fares to Perth (PER) from Brisbane (BNE), Melbourne (MEL) and Sydney (SYD):

Getting from Brisbane to Perth by Train 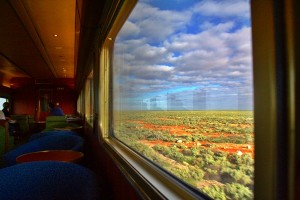 The most relaxing way to transport long distances in Australia would be by train since you have the capability to move around and even get a bed. Direct trains from Brisbane to Perth, however, do not exist, so getting from one to the other will take a bit of a detour or combination of transportation methods.

One option for this route would be to head to Sydney first via train. You can see more about this route in the getting to Sydney from Brisbane article. Basically, you can take the CountryLink XPT until you reach Sydney about 14 hours later. From there, it is a 3 day trek via the iconic Indian Pacific train that goes all along to Broken Hill, Adelaide and Kalgoorlie until you reach Perth.

The other option would be to head in from Brisbane to Alice Springs. To do this, you may have to take a bus or a budget flight. After arriving, and taking the time to visit Uluru, you can jump on the Ghan train, taking it south until it meets up with the Indian Pacific heading out to Perth. This journey would take almost just as long as the other option but also give you the opportunity to see more of the Red Center in the process.

Getting from Brisbane to Perth by Car

When driving to Perth from Brisbane, the trip becomes an absolute adventure, and adventures are great for anyone! As one can imagine, the drive (over 50 hours) will take several days, but I honestly recommend taking longer than that so that the trip can be enjoyed, more stops can be visited and less driving stress will occur along the 4200 kilometers.

The following is the driving route according to Google Maps:

In essence, the route from Brisbane heads south and westward through outback New South Wales until you reach Broken Hill. It is at this point that the route follows the same directions as those driving from Sydney to Perth, through the outback, across the Nullarbor until reaching the Indian Ocean.

Read these tips for driving across the Nullarbor, as well as this post on top things to do and see along the way.

Getting from Brisbane to Perth by Bus

Bus trips that cross the entire country, in my opinion, are best done with stopovers or with a tour group that will help break up the long ride. Taking a bus from Brisbane to Perth is possible with Greyhound, for example, but it will involve a lot of changes and a leg or two with a partner (and not Greyhound themselves). A possible route would be to head down to Adelaide from Brisbane and over to Perth from there. Have a look at the Greyhound site for details.