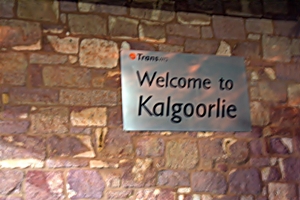 Along the very long ride on the Indian Pacific train, the topic of the Kalgoorlie whistle stop tour was brought up a lot by some patrons on the train. “The tour is at night… should we go?” many would ask. One man I met was very adamant about not going on the tour saying that he read about it on someone’s blog who thought it was a waste of time. All the talk and controversy surrounding the tour made me want to do it myself and see what all the fuss was about. Plus, I just wanted to learn more about Kalgoorlie in the short time that I had.

We arrived into the gold mining town (a rather large mining town I would say) after 7pm, and the night was well upon us. We all boarded our charter buses and began the tour of the city in the night lights – the few night lights that were on the streets – but I must say that you could still see the shape and design of the buildings that were being talked about by the guide, so yes, it was dark, but still light enough to see a bit of the city. 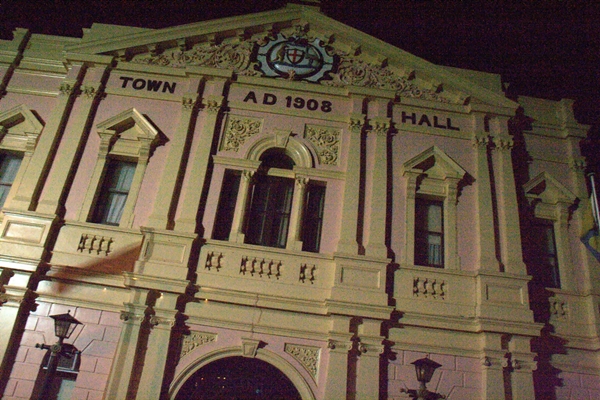 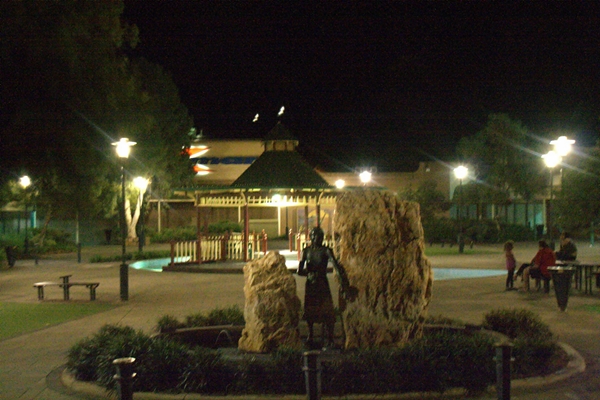 The tour guide gave us great commentary the entire ride, and he was both amusing and knowledgeable on all accounts of the city. In other words it was never a dull moment, and the history of Kalgoorlie was interesting. 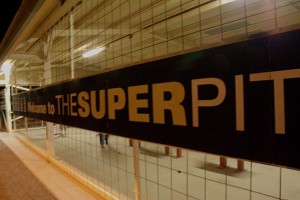 We headed on to the Super Pit, a giant mine that is being worked on day and night at the moment looking for gold, and that, too, was interesting to see even in the night. It not be as bright as day, but the flood lights do let you get the perspective the massive mining endeavor at hand. This was probably the major stop on the tour, and we spent a good deal of time here, but I guess the mining part is important to consider when learning about Kalgoorlie.

Our final round back in the city was to hit up the red light district of Hay Street, which is something that used to be huge in Kalgoorlie and is now only encompassing about three very well advertised bordellos. Again, a must-see when learning about the history of this outback mining town. 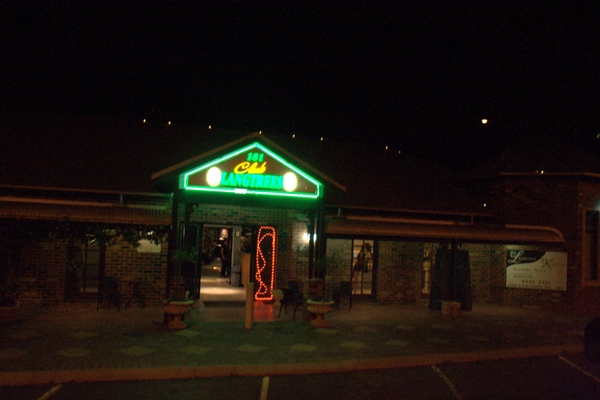 Overall, I must say that the tour was interesting and worthwhile, but maybe no so much worth $30. Still, I wouldn’t give it a pass, but I will say this: Tours guides themselves often make or break a tour, so a good tour guide like I had will make it great day or night. A bad one will probably leave you wishing you hadn’t done it at all.

>> Check out more of the Indian Pacific’s whistle stop tours