How to Get from Sydney to Perth 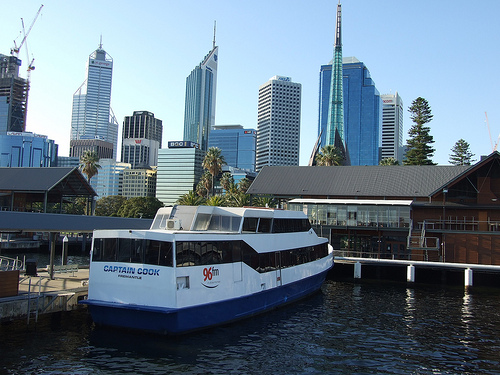 Sydney and Perth are at two separate ends of the country of Australia – a driving distance separated by nearly 4000 kilometers of some of the most barren and inhospitable land to grace the earth. As one can expect, getting from Sydney to Perth is no easy feat (unless you jump on a cheap flight!), but I will say that once you get there, you’ll be glad you did.

For the time conscious, a flight is the easiest and quickest way to cross from Sydney to Perth, from New South Wales to Western Australia, but it may not be the best in terms of adventure. For some, driving or taking a train across the plains is the only way the expanse can be tackled.

Getting from Sydney to Perth by Plane

A direct flight from Sydney to Perth or vice versa will only set you back 5 hours, which is much better than the 3 days it takes by train if you’re a bit on the impatient side. Flights run with Jetstar, Virgin Blue and Qantas on this route, and you can quickly search for fares using the little widgets below.

Quick search for fares to Perth (PER) from Sydney (SYD), Melbourne (MEL) and Brisbane (BNE):

Getting from Sydney to Perth by Train

There is an epic train adventure that can take you the 76 hours ride from Sydney to Perth known as the Indian Pacific. This is a great way for someone to comfortably see the country, partaking in whistle stop tours here and there, and just having a bit of a holiday. Stops along the journey include Broken Hill, Adelaide, Cook and Kalgoorlie. To break the ride up more, you can buy segmented tickets between the stops that offer the whistle stop tours and then catch the next train operating. However, this is not advisable during the winter months when the train only runs once a week instead of twice in the busy season.

Getting from Sydney to Perth by Car

The truly adventurous with time to kill and a want to experience the thrill of being in the middle of nowhere will drive. It’s a long, 4000 kilometer trek, but it can also be one of the most unique and enriching experiences of your life. Having talked to several people that have done the drive across the Nullarbor, I can say that you will definitely come face to face with plenty of breath-taking scenery, beaches and silence along the way.

Have a look at these top 10 things to do and see along the Nullarbor.

You’ll start out in Sydney and head towards Broken Hill. You can get a better idea for how to get from Sydney to Broken Hill in the previous article I wrote. From there, you continue heading west towards and onto the Great Eastern Highway. The following video shows you what it’s like driving the 90 mile straight:

Getting from Sydney to Perth by Bus

Taking a bus all the way from Sydney to Perth won’t be as comfortable as a train or as independent as driving, but it is another option. Greyhound themselves don’t make the long drive, but it appears their route map shows the path of one of their adventure partners. Tours (bus tours) across the Nullarbor are quite popular, so if this sounds like an option, you should check out the Australia tours page for further information.