Search for cheap flights to Perth using the widget above. 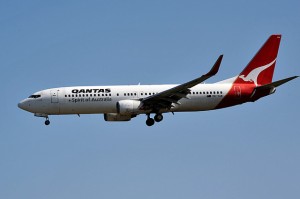 The Perth Airport (code: PER) is an important one for Australia since it connects the opposite side of the country with important points in Asia, South Africa and the Middle East. Beyond this, cheap flights to Perth can be arranged from almost every other part of Australia, making it the most important hub in Western Australia, as well as the fourth busiest airport in the country.

Flights to Perth aren’t as common from outside the country as to the eastern part of Australia, but they can come in handy if you are traveling in from certain parts of the world. The Perth Airport is located just about 12 kilometers outside of the Perth CBD, and it acts as a hub for Qantas and Skywest.

Flights from Asia
A number of Asian cities, such as Bangkok, Singapore, Tokyo, Bali and Hong Kong, have direct flights to Perth. You can catch a flight from these locations using Thai Air, Malaysia Airlines, Singapore Airlines, Air Asia and Tiger Airways.

Flights from New Zealand
Flights run to Perth on Air New Zealand. If looking for a direct flight to Perth, you will need to start your journey in Auckland.