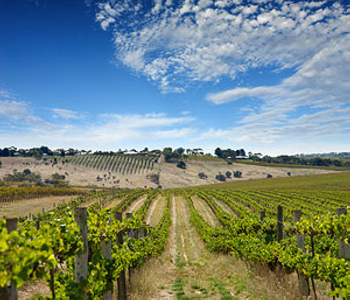 Australia’s long held reputation of being a nation of beer drinkers and whiskey swillers may make it seem like a surprising destination for wine tasters, connoisseurs and sophisticates, yet despite the stereotypes, sommeliers worldwide have steadily come to consider Australia to be one of the world’s top wine making regions.

In fact, Australia is now the third largest importer of wine to the United States behind only France and Italy, and the largest supplier in the world of still wines. Furthermore, Australian wines have become world renowned for their quality at bargain prices, making it a premiere destination for wine lovers on a budget. You won’t need to have a big pocketbook to titillate that wide palate.

The reigning champion of Australian wine is the feisty, spicy, full-bodied Shiraz. The grape variety is so unique that they call it Syrah almost everywhere else in the world (you might say that ‘Shiraz’ is Australian for ‘wine’). Chardonnay and Cabernet Sauvingnon are also widespread and delicious, but the possibilities are diverse– you can find about 130 total different varieties of grape throughout the country.

Whether you’re an amateur wine taster, a dedicated oenophiliac, or just looking for an excuse to experience the breathtaking countryside down under, a trip to Australia’s wine country is an absolute necessity. Luckily, most of the country’s top wine growing regions are a short hop, skip or jump away from a major metropolitan area, making a visit to wine country an ideal day trip or weekend escape. All of the following regions are easily accessible from one of Australia’s big cities:

At only a short distance north from Sydney in New South Wales, Hunter Valley is one of the most visited and highly prized wine regions in Australia. The region’s moist, cool climate and fertile soils made it the first place in the country to successfully produce quality wine, so the grapes here are grown from the oldest vines on the continent. The wineries are loosely divided into the Lower and Upper Hunter Valleys, with the two regions showcasing differences in the wine that you can taste. Bed and breakfasts are scattered all over the place, so although you could make it out here on a day trip from Sydney, it’ll be impossible to fight off the urge to stay awhile. Check out the notable wineries, like Rosemount and Rothbury, but make an effort to find your own niche within one of the Valley’s smaller boutique wineries.

Located just 60km northeast of Adelaide in South Australia, this wine-growing region is known for its hotter climate, its luscious, tantalizing Shiraz and its refreshing Riesling. This is also where you’ll find Australia’s most famous winery, Penfolds. The Valley’s sheer beauty and unique climate have attracted European influences which are pleasantly visible in the architecture of the towns and traditions. The small villages of Nurioota, Tanunda, Rowland Flat and Lyndoch make up the Valley floor and they’re all connected via Barossa Valley Way, a road which meanders itself conveniently like a vine between the most accessible of Barossa’s wineries. German influences are particularly apparent here, and European specialties are served up right alongside local wines, emanating a worldly aura that’s elegant and wholesome.

A bit further away from Adelaide– about 120km north of the city– but well worth the travel, is Clare Valley. If you’re a fan of Riesling, then this is the place to be (and if you’re not a fan, get ready to become one!). Clare Valley is home to the Riesling Trail, a 27km biking road which connects most of the region’s 40 cellars, as well as its many hostels and restaurants. That means you can complete the trail at your own pace, but most tasters do it as slowly as possible. The climate here is continental, with cool nights and warm, pleasant days. It’s the kind of weather that insists grapes be grown, and that visitors stay awhile. 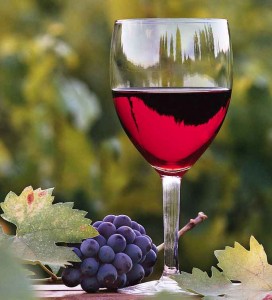 Also located near Adelaide, the Coonawarra region is southeast of the city and located on Australia’s Limestone Coast, a place of breathtaking coastal views and cooler climates. Coonawarra is an Aboriginal word meaning “honeysuckle”, perhaps a reference to its lush, fertile soils. This area is best known for its red wines, such as Cabernet Sauvignon and Shiraz, as well as its distinctive reddish colored “terra rossa” soil, which creates an atmosphere for wine tasting that is textured, earthy and full. It is also home to one of the more popular Australian wineries, the Wynns Coonawarra Estate. Between visits to wineries, you can enjoy some of the natural wonders of the region: take a hike through one of the Limestone Coast’s famous underground caves!

Yarra Valley wineries are a popular day trip from Melbourne, in Victoria. Due to the cooler climate, this is where you’ll find temperate varietals like Chardonnay and Pinot Noir. The recommended way to experience Yarra’s wine country is definitely to do it by bike, or if you’re particularly ambitious, by foot. The Lilydale to Warburton Trail is a 38km trail winding throughout the region, and many of the Valley’s wineries can be found along the way. Recommended from among the mix is the Coldstream Hills winery, for a flavored and delicate Pinot Noir.

The Margaret River region attracts tourists in droves, netting around 500,000 visitors annually, and its wineries showcase why Western Australia has become one of the country’s burgeoning grape growing areas. After a shift in emphasis toward wine production, the region’s economy boomed, so much that it’s become one of the fastest growing economic areas in Australia. Located not far to the south of Perth, Margaret River offers up all of the hedonistic pleasures of the easy life. Aside from great wine, the region also boasts pristine beaches, fine food and the spectacular Leeuwin-Naturaliste National Park, a system of ghoulish, multi-chambered caves. The best time to experience the region is during the annual Margaret River Wine Festival, every April. There are over 70 different events, which includes music, art exhibitions, bonfires, poetry reading and, of course, lots of wine tasting.

Bryan Nelson has been making up for lost time since finishing his graduate degree in Philosophy by traveling and working to change the world. He has lived in Australia, and has recently returned from backpacking throughout South America and Europe. Between adventure and activism, he currently can be found doing freelance writing from his home in Portland, Oregon.