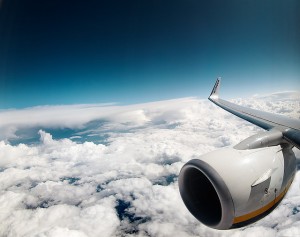 Flying in Australia is really no different than flying in other countries; you head to the airport, check-in, go through security, wait for a while and then get on the plane. Still, it might be good to mention a few key points to keep in mind when flying down under.

Flights to Australia from countries other than New Zealand and those in the South Pacific are not short by any means. Los Angeles to Sydney takes around 14 hours, while Singapore to Sydney lands in about 8 hours.

The main cities to fly into are Sydney and Melbourne, but there are international routes to Perth, Darwin and Cairns to name a few others. Major carriers from the U.S. And Europe will typically hit Sydney or Melbourne before catching a connecting flight.

For time’s sake, many travelers prefer to take a flight from one city to another. Australia is a gigantic country and travel times overland aren’t always the best addition to an itinerary. While bus travel in Australia and Australian train travel have their merits, not everyone has the luxury of endless holidays to be able to put them in the plan.

Budget airlines do operate in Australia and connect it with other countries, such as New Zealand, Singapore and Japan. Deals between Sydney or Melbourne and other major tourist stops like the Gold Coast and the Whitsundays constantly pop up, so it is not uncommon to get a flight for around $40 or less if the timing is right.

Once you have the flights, you can research all of the fun things to do and book a great Australia hotel. Hostels in Australia make good temporary homes for backpackers. Don’t forget to pick up some travel insurance before heading out, especially if you plan to take part in some adventure activities in Oz.