Moving to Oz: The Lessons I Learned While Finding Accommodation 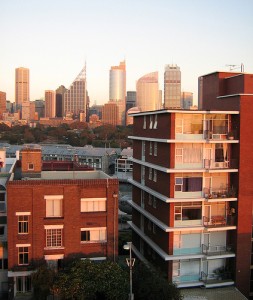 You’ve decided to move yourself over to the land of Oz. Aweeeeesome. You’re doing yourself a favor making the move to Australia, whether it’s full-time or just for a working holiday, because you’ll get to experience the beauty of this far-flung country at the speed that is necessary.

It almost feels magical, right? Moving to Oz is a magical thing, but you won’t be sleeping on any magic carpets or whisked away to dream land by a genie’s hand. That’s correct, readers… you’ll have to find Australia accommodation.

This post is more targeted to the working holiday maker in Australia. Those coming on different types of work visas for Australia will possibly have assistance from their job to find a place in advance.

I remember feeling completely overwhelmed before moving to Sydney because, at the time, I was teaching English in Ukraine and flying to Australia straight from there with very little money in my pocket. I wanted to know that I would have a home when I arrived, but sadly, no one wanted to deal with a girl who wasn’t even in the country yet to agree to rent an apartment to.

This was lesson number one: I shouldn’t have wasted so much time in the advanced search. I didn’t know where all the suburbs were located, where I would eventually find work or even the basic rules of renting in Australia. Also, there are plenty of hostels around to accommodate new working holiday makers cheaply until a more permanent place can be found.

A few days before I arrived in Australia, I got a response from someone on the Lonely Planet message boards offering a spare room in their house to me. I was much too busy at this moment packing up and saying my goodbyes to really consider her offer, and after seeing the weekly rent price, I kindly declined thinking I could find better.

This was lesson number two: Apartment rental fees are quite high, especially in the Sydney area. I should have at least set up a showing for when I arrived to get a feel for what was on offer. Getting a viewing of a flat in general is a huge headache. 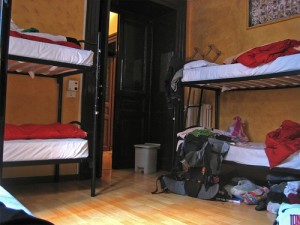 When I was finally in Australia, growing tired of the Sydney hostel I was staying in, which was further agitated by unsuccessful job hunting (I should have taken note of the types of jobs perfect for working holiday makers), I knew I had to find a flat of my own – otherwise I would be lacking the proper environment to fuel my job hunt. That’s when I started sending off emails to various flat ads I found on Gumtree to set up a viewing. It seemed to be that several of the flats I was interested in were already rented out, or someone snatched it up before my actual viewing time.

This was lesson number three: You have to act fast for places near the city. When I finally got around to being serious about my hunt, I had to focus on my energy on it. Instead of emails, I called every person and suggested I was available for a viewing at their earliest convenience.

I eventually found a place just a short walk from Central Station in Sydney, but I didn’t end up staying there very long. In being tight for money, I had to go cheap until I found a proper job, and that meant I chose a share house that later showed its true, ugly self to the world. Oh, but the price was so right, as well as the location.

This was lesson number four: If the price and location both seem too good to be true, it probably is. You will most likely need to accept paying more by being close to the city, or paying a bit less but being quite a bit further away. I eventually opted for the latter.

It’s Not So Bad

Okay, now I understand that I probably made this whole experience seem completely horrible, but I just want to put it out there that – for those not coming from big, expensive cities – it can seem a little overwhelming at first. It all just depends on your needs and wants as a new long-term traveler or working holiday maker as to how it will be. If you aren’t strapped for cash, then you can probably take it easy and not rush the process.