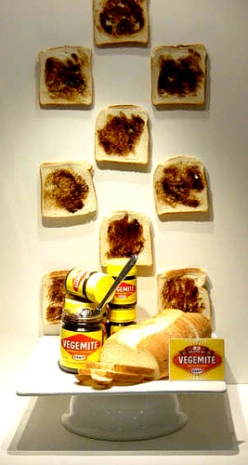 Being heavily influenced by a number of foreign cuisines, such as British, Italian, Greek or Asian, Aussie cuisine comprises an interesting mix of healthy foods and fattening desserts, while the Australian wine is popular all over the world.

>> Read these Menu Tips in Australia to help you order correctly.

Traditionally, Aussie cuisine is based on the British cuisine brought by the first settlers. It consisted of pies, grilled steak and all types of roasted meats, accompanied by vegetables. The English influence is still present particularly in the widespread tradition of having roast turkey and ham followed by plum pudding for Christmas dinner.

Modern Australian cuisine has been influenced by Asian countries, particularly by the Chinese, Thai and Vietnamese cuisine. Italian and Greek influences are also very common since 1950s.

Since a lot of produce is available fresh pretty much all the time, the trend is to eat low-fat and low-salt incorporating cooked lean meats and steamed or stir-fried vegetables.

Before the European settlement, Australians ate a balanced diet consisting of nuts, fruits, roots, vegetables, fish and other meats, all native to Australia. The typical bush tucker ate varied foods depending on what was available in the region.

Roasting on hot coals is one of the preferred methods for cooking meats. Meats are usually cooked this way when it’s consumed immediately. A kangaroo or rabbit is tossed on the open fire to remove the fur. After about 10 minutes the intestines are taken out and the fur scraped off. Then the animal is returned to the fire, which is now a bed of hot coals. If larger animals, such as wallabies, are cooked like this, the result is a near raw meat. Large animals are usually cooked in ground ovens.

Seeds, nuts and root vegetables are cooked in hot ashes. Acacia wood is preferred for this type of cooking.

The unique and iconic Aussie dishes include:

Though sometimes you will find kangaroo in menus across the country (it is a lean meat option), crocodile is an option only in Queensland and Northern Territories. Although emu is approved for consumption as “poultry”, only tourists seem to be interested in such dishes. The wonderful local seafood is a favorite both of tourists and locals although the dishes are offered as “fusion” of French, Italian and Asian cuisine.

Adelaide, Melbourne and Sydney have the reputation for best restaurants and high quality dishes.

A typical Australian breakfast strongly resembles the typical Western breakfast. In the warmer regions, breakfast typically consists of cereals (like Weet-bix), toast and fruit. In the colder regions, you will find the typical English breakfast consisting of fried bacon, egg, sausages, toast with spread (like Vegemite) or porridge. The breakfast drinks of choice include tea, coffee, milk, juice and Milo.

Dinner is considered the most important meal of the day and traditionally the entire family gathers for the evening meal. Depending on the family’s background, some common choices would be roasted meats with veggies, salads, stir-fries, pizza or casseroles. 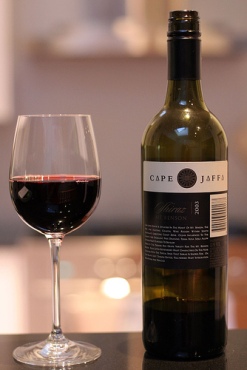 A typical Australian restaurant would offer for dinner sandwiches and Focaccia –flat oven-baked Italian bread, topped with onions and strongly resembling pizza, pasta, steak or chicken based dishes, cakes, juices, soft drinks or coffee. A typical pub dinner would be composed of burgers with the lot, steaks or schnitzel.

Australia is the fourth largest wine exporter in the world.

The major grape varieties include Cabernet Sauvignon, Chardonnay, Riesling, Sauvignon Blanc, Sémillon, and Shiraz. Australia doesn’t have any native grape, but local viticulturists created Cienna and Tarrango. Many other alternative varieties, originating in France or Spain, are becoming more and more popular.

Aussies sure do love their beer, and it wouldn’t be right visiting the country and not having a taste. You can choose from big sellers, such as VB, Tooheys and XXXX depending on where you are at the moment (read about Australian beers by state). Or, you can indulge in some of the many microbreweries popping up around the country.

Aussies in Sydney and Melbourne are so proud of their coffee that it’s not uncommon to hear them bragging about it overseas. Although it can be confusing for Americans that just want a normal coffee, there’s always plenty of cafes to get your morning fix when you need it most.