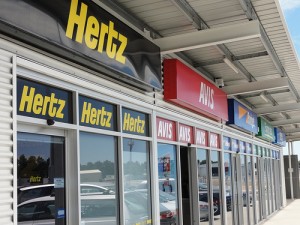 Renting a car in Melbourne is a great idea if you plan to make the most of your time in the city and drive out to all the different suburbs. It’s also a fantastic idea if you plan to drive on the world famous seaside drive, The Great Ocean Road. There’s nothing quite like the freedom of filling in your own itinerary, without the worry of being held back from buses and trains, or being robbed blind by taxi fare. In fact, renting a car is a cost-effective transportation method for seeing the great city of Melbourne.

What do I need to rent a car in Melbourne?

Like driving in Australia, you need a valid drivers license in English in order to rent a car in Melbourne. The license must also be for the same class of vehicle that you are renting (this will most likely not be an issue if just wanting to rent a car). It is also wise to note there are age restrictions at some companies for renting cars with many requiring customers to be at least 25 years of age. Otherwise, those between the ages (usually) of 21 to 25 will sometimes incur a surcharge. Also in need would be a valid credit card for making a deposit on the vehicle.

Where can I rent a car in Melbourne?

The most obvious location to rent a car in Melbourne would be at the Melbourne Airport (or the lesser used Avalon Airport) on arrival into the city. Other locations are generally on the outskirts of town as car rental agencies need more room to work and offer cars to visitors than what a big city can usually handle. It is good to note that airport rates will typically be a bit higher than at other locations. Melbourne Airport is home to six different car rent agencies: Avis, Budget, Europcar, Thrifty, Redspot Cars and Hertz. For other locations, it is best to have a look at the individual websites.

How much does Melbourne car hire cost?

Rates for car hire vary according to the type of vehicle you rent, the type of package you are under (unlimited mileage [kilometers]?), and where you start and end your rental. Picking up in one location and dropping off at another should be verified before making the purchase as some locations/companies may not offer this luxury, at least not without a surcharge. Smaller vehicles are typically less costly; some deals for Melbourne might involve a $35 per day rate, but that would be on the budget scale.

What should I watch out for while driving in Melbourne?

If you are coming from overseas, I highly suggest having a read through the driving in Australia page, if not taking a look at an Aussie driving rules website or official booklet. There are a number of things to watch out for Down Under, including driving on the opposite side of the road, heaps of roundabouts and even a few rules you might not realize are not allowed. Melbourne, specifically, has some “weird” driving rule because of the tram system throughout the city; this website explains those rules a bit better.

For those looking to combine their transportation freedom with budget accommodation rates, why not have a look into a campervan. With campervans, you can kill two birds with one stone and move freely from one great Melbourne attraction to the next – and on to the day trips!