Getting Around in Perth

Getting around in Perth is a completely different ballgame to getting around in Sydney. In Perth, the living is spread out and on a much smaller scale. This fact is apparent in the way the main city trains have less carriages, and there are wide city streets to back that up.

Plus, everything in Perth is so fresh and new. You will immediately notice the modern bus systems, train carriages and public transport facilities. In cities as large as Sydney, it is often difficult to keep up with new, new, new transport. 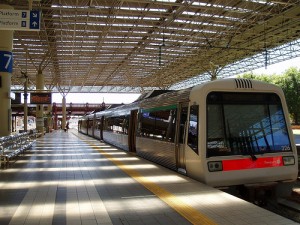 Having just four major train lines from Perth city, train travel in Perth is a breeze compared to the large and jumbled cities in other parts of the world. The trains are also very new and modern, with clean signage and fresh, air-conditioned interiors.

Train travel is part of the Transperth transportation network (includes buses and ferries, too) and ticketing is based on zones. You can choose to get single train tickets using the ticket machines in the train station and choose either your zone, or your destination. Once you have a ticket, it is good for unlimited travel in your zones for 3 hours on Transperth buses, trains and ferries (your time will be printed on the ticket).

Another option to getting tickets, if you’re staying around Perth for a while, is to get the Smartrider card, which is a prepaid electronic ticket device.

Example fare would be a ticket from Perth city to Fremantle, which should run around the $3.70 AUD mark.
For Perth train maps and timetables, please see the official Transperth page. 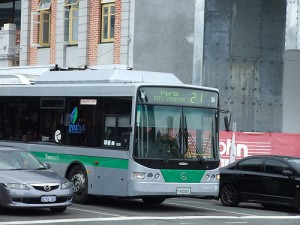 Bus travel also runs on the Transperth network, so you will also be charged for service on a zone basis. You can buy the individual, one-time tickets, or you can use your Smartrider card, which you can pick up at any Transperth info center.

If you’re on the lookout for Perth tourist attractions, then you want to keep an eye out for the CAT buses. There are 4 CAT bus lines, each with a different color marking and route that help tourists get directly to what matters the most – attractions and beaches. CAT bus stops in Perth have those handy signs that allow you to push a button to be told how long until the next bus. Also, as a way to minimize the number of cars on the road, the CAT buses are completely free to ride. 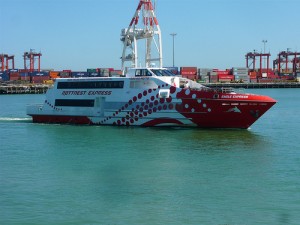 As part of the Transperth network is a ferry that takes you to South Perth, which is where the Perth Zoo lies. Those ferries run typically every half hour, or every quarter hour in high times. Besides Transperth ferries, there are ferries that can take you down to Fremantle and further on to Rottnest Island. In addition, it is possible to take a ferry as part of a wine or river cruise option along the Swan River.

The ferry terminal in Perth is located at the Barrack Street Jetty, down near the Swan Bells Tower.

Taxi cabs are plentiful in the Perth area, and they are all run on metered rates. You can take a taxi from the airport to the city center in around 20 minutes for a cost of $20 to $30.

If you wish to catch a taxi, you can flag down the available cars that have an illuminated sign, or find a taxi rank, such as at the airport. The Swan Taxis and the Black and White Taxis are popular in the area.

There is a zone in the Perth city area where riding buses and trains is free. When it comes to riding the bus, you do not need to have a Smartrider card to go for free. While riding the trains, however, non-Smartrider card holders will have to purchase a 2-section ticket fare (so, not free). You can see the map of the bus and train FTZ zone here, and you can get more information on the FTZ here.