Budget Airlines that Fly to Australia 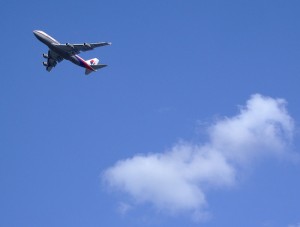 Australia is known for being a little cut-off when it comes to travel. It takes just about anyone coming from a major city around the world countless hours on a plane to actually get here, and the length can generally add to a higher cost for the ticket itself. So, what’s a budget traveler, or any traveler for that matter, supposed to do to visit this amazing country without blowing the entire budget on the flight?!

Depending on your schedule, and where you are flying in from, there may be some budget airlines that can take you the distance into Australia.

Budget Airlines that Fly to Australia

Asia and SE Asia are probably your best bet when trying to find budget airlines that fly to Australia. However, New Zealand might also be a good landing point, especially if your intended destination in Australia is quite far away (Perth or Darwin). From there, you may be able to save a couple hundred dollars by dropping the main carrier and going with a budget line.

So, if you happen to find a decent flight to a country that is nearby, you might then be able to use a budget airline to complete the task. Here are links to posts that list the budget airlines that fly to specific cities in Australia:

How to Fly Budget Airlines to Australia

Flying budget airlines is not the same as flying normal carriers, so there are a few things to keep in mind when making the switch.

Expect the unexpected. They are called budget airlines for a reason – they don’t offer the extras. It seems that a lot of people complain about this, but the truth is they can only cut prices by taking away the perks. But, the important thing to keep in mind is that you can then choose what you actually wish to pay for. If you want it all, then chances are it is better to just go with your normal carrier.

Verify your arrival and departure airports. Another big shock is the use of smaller and less popular airports for their airlines. So, when a flight says that it takes you to Melbourne, you might want to double check to see if it is the one that is further outside of town or not.

Check-in on time. Rules vary by airline, so you’ll want to ensure that you make it to check-in according to your airline’s restrictions. Some can be quite tight when it comes to making the cut-off, and you don’t want to risk missing your flight and having to spend more money.

Be prepared to go through the check-in process twice. If you are breaking up a flight by using a budget airline, you’ll have to collect your baggage, check-in and run through security again. I guess it all just depends on what you value more, your free time, or your money, right?