10 Things to Do in Sydney 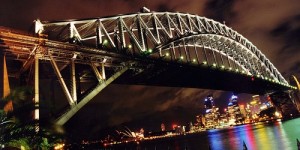 Often confused by tourists as the country’s capital, Sydney is definitely the biggest and most visited city in Australia. It seems to offer a bit of everything that is Australia, from the beautiful weather and beaches to the animals and amazing people.

A stop-over in Sydney is almost unavoidable by many travelers since it does catch the brunt of most international flights to Australia. To help you make the most of your time, here is a list of 10 things to do in Sydney, but choosing which ones to partake in depends entirely on your own interests and travel style. 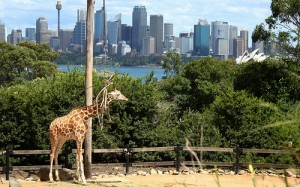 1. Sydney Aquarium – The Sydney Aquarium brings visitors face to face with all the wonders of the ocean around Australia right in the heart of Sydney’s Darling Harbour. It houses thousands of various sea creatures, as well as an excellent display of the coral and life from the Great Barrier Reef. The main draw would most definitely be the huge fish tank that encompasses sea turtles, fish and sharks that can very well swim right above visitors’ heads. There is even the recent addition of a crocodile exhibit to complete its Northern Rivers display section.

2. Taronga Zoo – Named from an Aboriginal word meaning “beautiful view”, the Taronga Zoo is located right across the Sydney Harbour and gets rave reviews alone for its simply spectacular Sydney city views. This zoo has been open since 1884, and is the oldest zoo in New South Wales. On Taronga’s 21 hectares lives animals from all parts of the world with an emphasis on species from wild Australia and Asia. In 2009 and 2010, there have been two Asian elephant births in the park, both of which have become major tourist attractions. 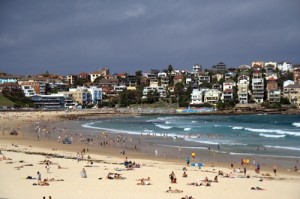 3. Bondi Beach – Bondi Beach is one of the most famous beaches in the world, attracting tourists and locals far and wide. Located just to the east of Sydney city, this 1 kilometer long beach is perfect for surfing, swimming and sunning, while the theater-style setup provides a picturesque view for visitors at every angle. Bondi Beach was even named as one of Australia’s National Heritage sites in 2008.

4. Manly Beach – Manly Beach definitely rivals Bondi Beach in terms of quality, but it still remains less popular because of its location in the Northern Beaches about 30 minutes away. White sands meet the crystal blue waters at Manly Beach, where it is said to be one of the best areas for surf in all of Sydney. 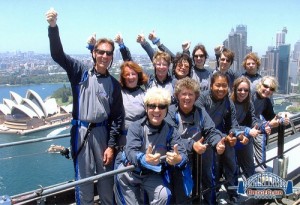 6. Sydney Tower – For more low-key views of the city, the Sydney Tower observation deck is the perfect experience. Located 250 meters above the ground, the round observation deck offers 360 degree viewing opportunities, along with 18 binoculars for closer inspection of Sydney landmarks. There is no climbing involved, and you can even dine in the restaurant if you want to take your time.

7. Sydney Opera House – Tours of the Sydney Opera House are always available, but if you want the real experience, you should definitely book a show. The Opera House presents concerts, musicals and stand-up comedy events to name a few options. Once you do, you will immediately understand why this icon was made an UNESCO World Heritage site in 2007. 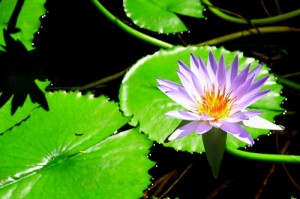 8. Royal Botanic Gardens – The Royal Botanic Gardens are an oasis in the middle of a bustling city. It’s almost as if the plant-life blocks any noise from entering its boundaries, and it immediately takes you to a place of Zen. Enjoy tropical plants, local birds and other wildlife, as well as calming ponds and flower exhibits. The gardens stretch for 30 hectares all the way to the Sydney Harbour, just to the corner of the magnificent Sydney Opera House. One can easily spend hours roaming around, or simply relaxing with a book.

9. Chinatown – Sydney is home to some of the finest restaurants in the world, yet one of the coolest places to catch your dinner is in Chinatown. In Chinatown, the signs are often unreadable, and foreign sounds fill the air; one can get lost and have to remind himself that he’s still in Australia altogether. Choose from Chinese, Japanese, Korean and more, all prepared in an authentic manner right in the heart of Sydney. 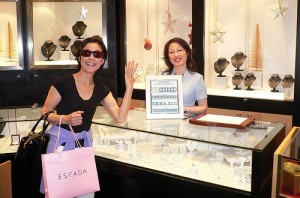