Things to Do During the Australian Winter 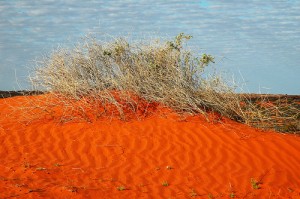 When you think of winter, you tend to think of cold weather with lots of rain and early darkness. Well, that’s not quite what you get with winter in Australia. Whilst snow can be found in certain parts of southern Australia, especially Tasmania and Victoria, many parts of the country, such as Darwin in the north, still experience an average maximum temperature of 30°C during the winter months.

Laze on the beach in North Queensland

If you’re keen on avoiding the cold weather all together, tropical North Queensland is certainly the place for you during winter. July to September is northern Australia’s dry season, with the average temperature floating around 25°C, which pretty much guarantees plenty of sunbathing weather.

The city of Cairns is a popular destination for tourists and backpackers alike thanks to its proximity to the Great Barrier Reef. The Reef is best explored up-close, and there are plenty of scuba diving opportunities available around the Cairns area.

Are you after a more authentic winter experience? If so, you’ll be glad to know that Australia is home to some of the world’s best ski resorts, most of which can be found amongst the slopes of Victoria. There are hundreds of ski runs across ten alpine locations that are all just a day trip away from Melbourne.

Mount Buller, which is just a three-hour drive from Melbourne, is a popular resort with snowmaking facilities and a lift system capable of moving over 40,000 per hour. If you’re going skiing, it’s highly recommended that you buy some comprehensive Australian travel insurance.

Exploring the alien landscape of the Simpson Desert is perhaps as far away as you can get from any kind of traditional winter activity. The Simpson Desert spans across 200,000 square kilometers and contains the world’s longest parallel sand dunes.

Temperatures during the Australian summer (December to February) make the desert too dangerous to cross, but during the winter months, it’s just right. The safest way to cross the desert is via four-wheel drive, with plenty of supplies and a carefully planned route.

Celebrate “Christmas” in the Blue Mountains

OK, so it’s not exactly Christmas but you’ll certainly be forgiven for thinking that it is. Every year, between July and August, the Blue Mountains celebrate Yulefest, complete with snow-covered mountains, roaring fires, roast turkey dinners and carol singers.

The festival was started 30 years ago by Garry Crockett, proprietor of Kataoomba’s Mountain Heritage hotel, after some Irish guest pointed out that the wintry weather reminded them of Christmastime. Since then, Yuletide has become a popular event, attended by people from all over the world.

There are just as many winter festivals happening around this festival-loving country in winter as there are in summer — covering film, music, writing, food and more.