Things Realized After an East Coast Road Trip in Australia 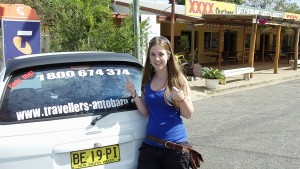 Having just completed a pretty massive road trip, I have once again been re-introduced to those pieces of Australia that make it so unique. The road trip started in the tropical beach getaway of Cairns, headed up to Cooktown, and then back down all the way to Sydney. It was only a short 16 days in length, but it gave just enough time to really see what the east coast of Oz has to offer. After a power-packed two weeks on the road, here are some of the points I can once again stress:

Australia is gigantic. No, it’s not big, and it’s not large; it is gigantic. I live here now, and I still forget this point. The trick is that the country is an island, but we often forget that it is also an entire continent. So, getting from A to B – or Cairns to Sydney in my case – takes a bit of time behind the wheel.

Australia is a beautiful country. Where else can you experience the outback, lush rainforests, pristine beaches, white sands and exotic wildlife within a short drive of each other? From the Great Barrier Reef to Fraser Island, the natural beauty of Australia is breathtaking.

Driving on the opposite side of the road is not hard at all. All it takes is a little time to readjust, and learn the rules of getting through a roundabout, and driving becomes as easy as riding a bike.

>> Learn more about driving in Australia

The land and animals are very important to Australians. It seems that every bit and meter of land is either a nature reserve, national park or animal conservation zone. The number of signs around Mission Beach reminding to watch for cassowaries is unbelievable.

Stopping often is vital when driving in Australia. I have never – in all my years of driving – felt so tired behind the wheel than when pulling the long stretch from Mackay to Hervey Bay. I’m sure the exhaustion of traveling non-stop was catching up, but the road was just… so… long and boring. In fact, there were plenty of signs along the way trying to keep drivers alert (road trivia) and pressuring them to pull over to rest. There were even signs letting us all know that the road we were driving on was actually a high accident zone.

Roadside attractions are kooky but necessary. I’ve brought up the Aussie love for “big things” as roadside attractions before and mentioned that it was a way to draw people in off the long stretches of highways. Sure, they can be a bit on the weird side (a big banana – really?), but if they get you to pull over for a few minutes to break up a drive, then that in itself is completely worth it!

Internet is still considered a luxury. It is so unfortunate that the system down under is still at the point where people charge outrageous amounts for small amounts of bandwidth use. It makes it even harder for some people like myself that rely on the Internet to do their jobs to not pay these insane fees. There was definitely a point where I actually paid $10 to get 1 hour of Internet while in South Mission Beach.

Build a road trip of your own using the East Coast Australia guide book.