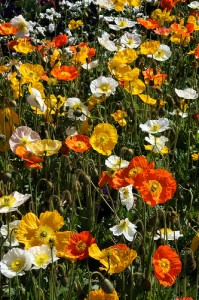 Hello, spring! September marks the first month of this season in the southern hemisphere, but it doesn’t matter what part of the world you are in, spring is always amazing. However, I might be biased to think that spring in Australia is even better. Not only does the the sun start shining again in full force down in the southern parts of the country, but it also heats up the air so that beaches are inhabitable again. Flowers bloom, the trees turn green after the winter rain, and wildlife starts to run amok.

Australia in September is the perfect time to think about taking a tour down under as the weather is generally warm enough in the south (Melbourne), yet still not too humid in the north (Cairns). Since it is still early spring, flights to Australia are still at an affordable price, and hotels and hostels aren’t yet overflowing. Camping in Australia can now be an option in Victoria and South Australia without the freezing nights to get in the way.

The weather in Australia is beautiful in September. The southern states get warmer, while the Top End stays about the same as in winter. Nights and evenings can still be on the chilly side, so it is always wise to take a look at the average temperatures for whichever area you plan to visit.

With September marking the beginning of spring in Australia, there are flowers blooming up just about everywhere. It just so happens that loads of festivals celebrating this beautiful time begin in September as well.

Floriade
Floriade is a month-long celebration of spring that starts in September in Canberra. It is the biggest flower festival in Australia that also includes live entertainment and exhibitions.

>> Read more about the Floriade Festival in Canberra