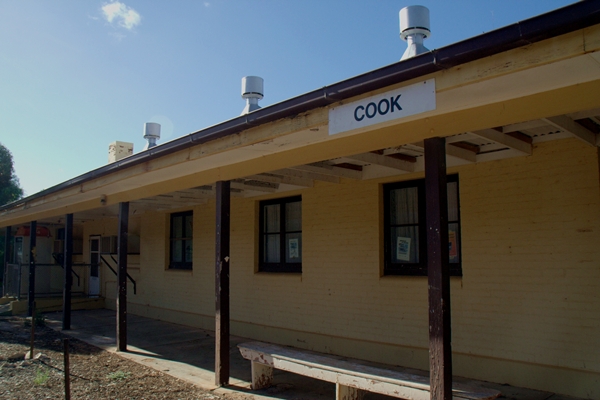 Somewhere along the lines on the 2nd day of the Indian Pacific train ride, you’ll get the chance to experience a real ghost town in the outback. There are literally only a handful of people that live in Cook today, but at one time it was a pretty popular settlement along the train line. Being located 1100km from Adelaide and 1500km from Perth, it was an important outpost area on a very long stretch of land. Cook is also the point where the Indian Pacific joined up in 1917 to make a complete transcontinental train line, even if it was a slow one.

The train will stop at Cook for 30 minutes to an hour in time depending on the schedule, and this gives the train patrons just enough time to get out and have a wander in this small little town. This whistle stop tour is free of charge, but it is also self-guided.

After a quick walk-around, you’ll notice that there literally is nothing in Cook except for old buildings, a souvenir shop and dirt roads. The remnants of a town from the past are left through signage and scraps. 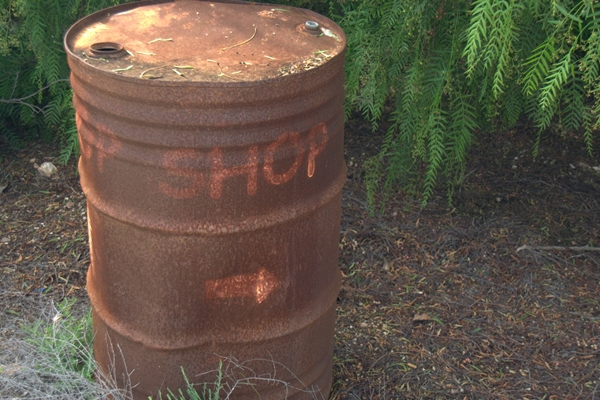 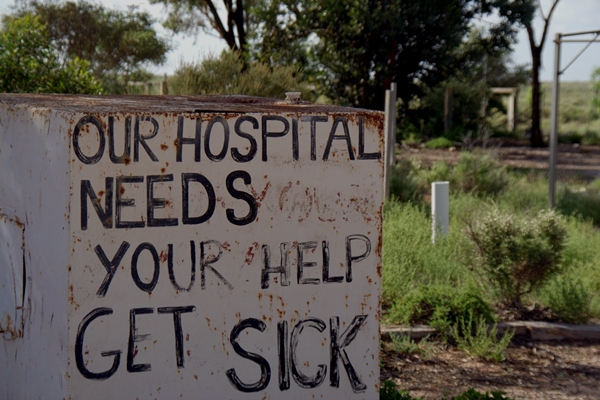 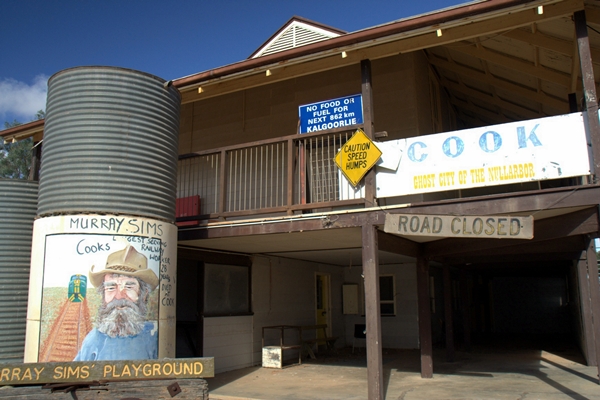 We were told to watch out for the busy traffic part of the day by our train conductor, which was a complete joke as it was followed by, “You might get run over by one of the two vehicles that pass through Cook at this time of day.”

I love the feel of ghost towns, yet at the same time they have an eerie vibe to take in. They’re a little spooky since they remind me of things where people have to get up and leave quickly, leaving everything intact from where they were… perhaps like in a natural disaster, or Chernobyl. I know that’s not the case for Cook, but that’s the vibe you get here. 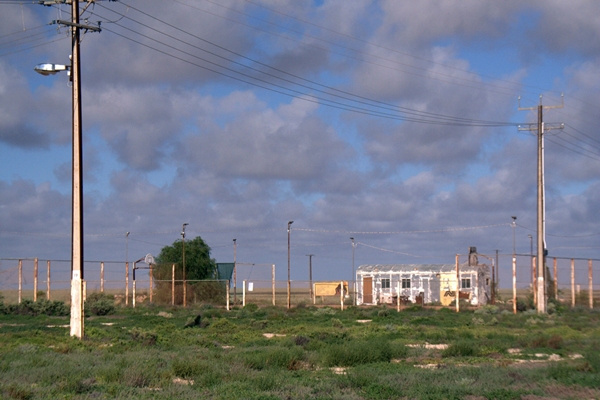 If you’re on the Indian Pacific train, I suggest getting out at this stop and having a quick walk-around. It’s something just too interesting to miss, and it is a free whistle stop tour at that. You’ll know when to get back on the train when you hear a horn blow… there is no intercom at the station.

>> Check out more of the Indian Pacific’s whistle stop tours