Budget Airlines that Fly to Melbourne 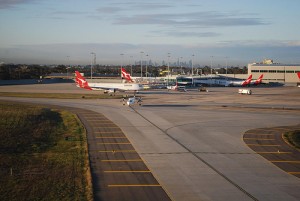 Melbourne is a must-see when visiting Australia, and it is commonly paired with Sydney when time is limited. There are a million things to do and see in the city, and there are also just as many ways to get there (depending on where you are coming from) in order to get the job done.

If you’re looking for a cheap flight to Melbourne, there’s always the general rules of choosing to travel in the low season (the Australian winter) and going for a mid-week flight to find a lower rate. However, you can also try and add a budget airline flight into the mix. For example, if you find a cheaper flight from overseas to Sydney, then it is possible to get into Australia and then fly on a budget airline to Melbourne. This could save you a few bucks that you can definitely use for further holiday fun!

Budget Airlines that Fly to Melbourne

There are actually four airports in Melbourne, but the two main ones that are used for passenger flights are listed below.

The main Melbourne airport, and only international one, is the Tullamarine Airport (code: MEL) located just a short 22 kilometers from the CBD near the suburb of Tullamarine. This airport is quite busy, coming in behind the Sydney Airport when talking about Australia.

The following budget airlines fly to the Melbourne Tullamarine Airport:

Another, smaller, airport in Melbourne is the Avalon Airport (code: AVV), which is located in the suburb of Avalon as the name suggests. It is 55 kilometers away from Melbourne.

The following are the budget airlines that fly to Melbourne Avalon Airport:

Tiger Airways is said to start routes to the Avalon Airport later in 2010.

How to Fly Budget Airlines to Melbourne

The main rule of thumb when flying budget airlines to Melbourne is to make sure you verify which airport the airline is flying you to. You could find yourself in an unexpected situation trying to get to the Melbourne CBD from Avalon instead of Tullamarine. The second rule is to remember that a budget airline operates a little differently than more expensive flights. Expect to pay for extra services, and try to keep a positive attitude. Budget airlines can be a great addition to any itinerary!