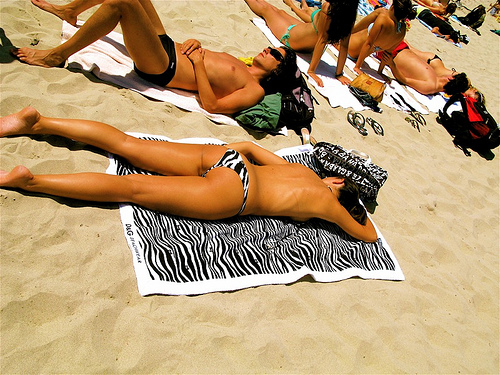 With thousands of miles of coastline, Australia is blessed with some of the world’s best beaches, and it just so happens that a fair few of them are deemed legally nude. So, if you’re the type of person that wants to feel at one with nature as you frolic carelessly into the crashing waves of the ocean, or if you just want to experience the “no tan lines” look, then Australia should be on your list.

Just don’t go running around nude on any beach, though. Only certain beaches in each state give you the right to strip down to your birthday suit in public, and this guide should be of help.

To keep it official, I’d like to stick to the beaches that have been deemed legal, even though there are a number of unofficial locations around Australia as well. 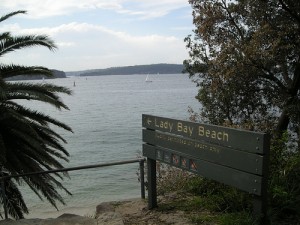 Whether you’re around the Sydney city area, or in the north or south coast, there should be a nude beach somewhere nearby.

Some of the nude beaches around Sydney include Obelisk Beach, Cobblers Beach and Lady Bay. Obelisk and Cobblers are located just on each side of the Middle Head peninsula that is off the Mosman area of Sydney. Lady Bay is located just in Watsons Bay, about 12 kilometers northeast of Sydney’s CBD. To find out more, read the article: Nude Beaches Near Sydney.

The nude beaches in the south coast of New South Wales include Werrong Beach and Armands Beach. Werrong Beach is located in the Royal National Park just near Stanwell Park, set in the midst of cliffs. Armands Beach is further down the coast about 10 kilometers south of Bermagui where clothing is optional.

Some of the nude beaches on the north coast of New South Wales include Birdie Beach, Samurai Beach and North Belongil Beach. Birdie Beach is south of Newcastle, just near Lake Munmorah and the Munmorah State Conservation Area. Samurai Beach, also known as North One Mile Beach, is north of Newcastle just near Nelson Bay. One Mile Beach is not a clothing optional beach, so you must walk to the north side – Samurai Beach – to get to your freedom place. North Belongil Beach is located just to the north of Byron Bay.

>> Search for cheap flights to Sydney

Even the land-locked territory, ACT, has its own nude beach, but that of which is located on a river beach. Kambah Pool is the legal nude beach on the Murrumbidgee River, overall a popular place for swimming. The nude area is even equipped with toilets and barbecues.

>> Search the budget airlines that fly to Canberra 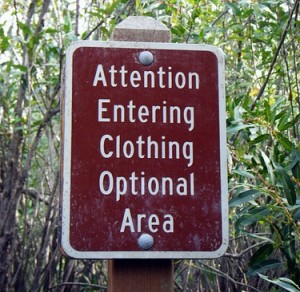 The two main regions for nude beaches in Victoria include the Port Phillip Bay zone, an attraction for those living in Melbourne, and the western zone. To find out more, read the article: Nude Beaches Near Melbourne.

The nude beaches on the further west side of Victoria include those of Point Impossible and Southside Beach. Point Impossible is located south of Geelong, just to the east of Torquay. Southside Beach is also near Torquay, but to the west and off of the Great Ocean Road. Both beaches are beautiful and surrounded by vegetated sand dunes.

>> Search for cheap flights to Melbourne

Tasmania, at this time, does not have any official nude beaches.

>> Search the budget airlines that fly to Hobart 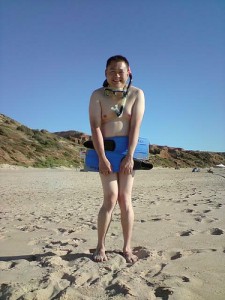 South Australia is the home of the first legal nude beach in Australia, Maslin Beach. Besides that beach, there are plenty more beaches in the areas to satisfy your “free beach” needs, including Pelican Point Beach, Beachport Beach and Murrippi Beach.

Maslin Beach is located 45 kilometers to the south of Adelaide and can be reached by driving on the Main South Road until you see the signs for Maslin Beach. The beach is 3 kilometers in length, but only the southern half is dedicated to the nude.

>> Search for cheap flights to Adelaide

Queensland has refused the desire to go with legally nude beaches, which might be surprising to some since it is the sunshine state with some very popular beaches. In spite of this, there are some unofficial nude beaches in the area. 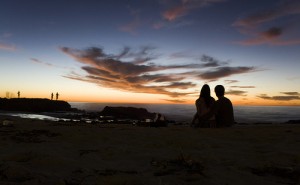 Western Australia is the largest state in Australia, yet contains few legal nude beaches. However, with the vastness of the land and sparseness in the population, you could probably get away with finding plenty of beaches where you can do as you please (although I’m not recommending it).

Nude beaches to the south of Perth include Warnbro Beach, Bunbury and Ten Mile Lagoon. Warnbro Beach is near Rockingham, a somewhat industrial port hub around 50 kilometers south of Perth. Bunbury Beach is located near the town of Bunbury just on the north end of Geographe Bay, off Ocean Drive and to the front of Maidens Reserve. Ten Mile Lagoon is located near Esperance, which is a town on the Great Australian Bight.

There is a vast expanse to the north of Perth where you can find the nude locations of Cable Beach and Mauritius Beach. Cable Beach is near Broome, but only the upper area of the beach is clothing optional – that of which expands to the edge of Willie Creek. Mauritius Beach is just near Exmouth, and you can get there by driving out on Point Murat Road from town and turning left onto Yardie Creek Road.

>> Search for cheap flights to Perth

The main legal nude beach in the Northern Territory is Casuarina Beach, one of Darwin’s most popular. Only part of the beach is designated as clothing optional, so it is best to pay attention to signs along the way.

>> Search for cheap flights to Darwin