Coffee’s Up in Sydney!

This guest post on Sydney’s coffee culture is by Russell Ward. 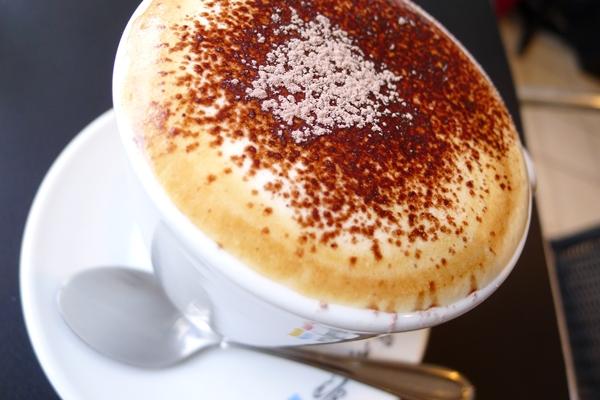 One of the biggest surprises greeting any visitor to Sydney is the deeply ingrained coffee culture found throughout this stunning harbour city.

Picture-postcard views of the Opera House and Harbour Bridge are guaranteed. Delicious seafood and the finest Australian wine are a given. But discovering the very best espresso coffee on almost every city street corner and in most outlying suburbs is as unexpected as a Sydneysider’s unreserved passion for drinking such good coffee.

Filter or drip coffee was my vice in Canada and the UK, both former homes of mine. Upon arrival in Australia, my taste buds had to quickly adapt to the strength and quality of the espressos, macchiatos, ristrettos and long blacks found in cafes, office blocks and street carts dotted around Sydney’s central business district and across the wider metropolitan area. Sydney has developed a sophisticated coffee culture which has all but pushed out the likes of Starbucks and has resulted in a city filled with coffee lovers and caffeine connoisseurs.

The enjoyment of good coffee in Sydney is generally a morning or midday activity, contrasting sharply with countries like the US or Canada where coffee is a pastime to be enjoyed well into the night over a book, newspaper or magazine. 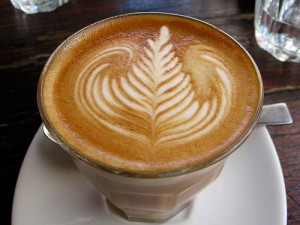 In any given week, it is not unusual to see large numbers of office workers queuing at the same coffee shops on the way to work, eager for that early morning caffeine hit, or to watch the mid-morning coffee runs break out, as employees arm themselves with cardboard coffee trays and gather up their respective team’s takeaway order. The many ‘tradies’ (carpenters, plumbers, electricians, etc.) can be seen lining up paper or polystyrene cups of lattes or flat whites on the dashboard of their Utes whilst, for most Sydney inhabitants, weekend strolls along the coastal and bush walks wouldn’t feel right without a freshly-made cappuccino or mocha by their side.

The variety and range of coffee establishments in this city is exceptional, with delightful haunts such as Campos in Newtown and Single Origin in Surry Hills churning out staggering numbers of full-bodied and near-perfect coffees by the hour in laid-back and sociable settings. Queues of die-hard coffee fans will often snake around street corners as people compete for seats at their favorite café on any given weekend.

Not only are an impressive range of coffee blends delivered by these specialist coffee houses but the variety of drinks on offer continues to amaze, with some typically Australian twists up for grabs. Fancy a large, more homely cappuccino? Then just ask for a ‘mug-a-cino’. Is your toddler with you? Then perhaps a ‘baby-cino’ might be the order of the day. In some parts of Sydney you will even find coffee shops that can deliver a ‘pup-a-cino’ for man’s best friend.

Drinking the black gold in Sydney is by no means cheap. A well-made, medium-size beverage can cost between $3 to $4 AUD and, if a larger size takes your fancy, be prepared to pay upwards of $5 AUD in most locations. Dare to ask a Sydney local why they would tolerate such steep prices and they’ll argue that it’s not about price but about paying whatever it takes to get a strong, bold, bitter-free shot of top notch black velvet. 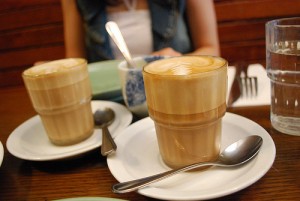 In all likelihood, Sydney’s world class coffee culture is thanks to the strong Italian-Australian influence in the city. The fact that Sydney suddenly embraced the European coffee culture in the 1960s led the city’s coffee tastes to go from strength to strength as hoards of waterside espresso bars and fantastic baristas developed, resulting in the smooth and creamy delights found across Sydney today.

The development of this fascinating coffee culture hasn’t been entirely mainstream. One of the more unusual practices found in Sydney and unique to coffee consumption is the ‘coffee colonic’, which supposedly detoxifies the liver, provides immediate relief to congestion, indigestion, pain and headaches, and is almost certainly not for the fainthearted. Another interesting trend is that often the tastiest coffee can be found away from the boutique coffee houses, sometimes in places as bizarre as the nearest pie shop or bakery. A favorite coffee stop of mine, for example, is the local bookshop.

Coffee colonics and pie shops aside, this city has everything for the ardent coffee lover and, although Melbourne residents would probably disagree, Sydney is in every sense the coffee capital of Australia.

My experience of life here has shown that Sydneysiders, at the very least, expect great coffee that is well-made and readily available. When it’s not, it’s almost always treated as the exception not the rule.

Editor’s Note: If you’re into coffee, you might want to read about these top coffee shops in Marrickville, a Sydney suburb. A stop in a cafe is also a great thing to do in Sydney on a rainy day!

About Russell V J Ward: Russell is a British expat living on Sydney’s Northern Beaches in Australia. He lived in the UK, before emigrating to Canada (Vancouver and Ottawa), then most recently to Sydney, Australia (his wife’s home city). Read more about his expat search for a life less ordinary at www.insearchofalifelessordinary.com. He can also be followed on Twitter @russellvjward.