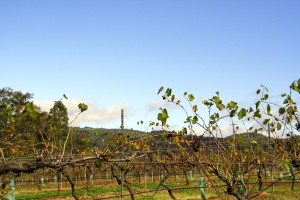 When venturing to Australia, you will have the opportunity to drink plenty of local wines – and I’m not talking about our cheap friend, Goon. Australia is known for being one of the largest wine producing and exporting countries in the world with a fair amount of those drinks being some of the best in their class. The quality of flavor that is produced in Australia is said to come from the fact that the climate allows for perfect harvesting conditions, and this is one of the driving forces behind why wine tourism has become a huge and vital part of the economy.

Wine is produced all over Australia, but the majority of the great wine regions in Australia are located in the south eastern section of the country. South Australia, in particular, is the state that puts out more wine than any other, which spawns from such well-known regions as the Barossa Valley, Clare Valley and Coonawarra.

>> Read more about some of the major wine regions in Australia. 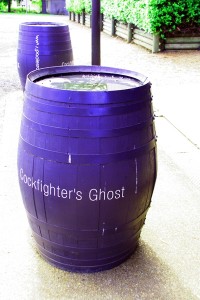 Whether or not a wine is done well typically revolves around the climate of the region, and if that climate is suitable to the grape varietal. The Semillon varietal is done particularly well in the Hunter Valley where several vineyards will bring out a bottle as their best. Even though I, personally, may not be a fan of this type of wine, I have tasted several now and can say that older is definitely better.

Oh, but it wouldn’t be Australia without the mighty Shiraz, and this is a varietal that has put Australia on the world wine map. In fact, it is normally known as Syrah, but many other locations are giving in to the hype and taking on the Shiraz name. This deep red that generally has a spicy finish is the largest produced wine in Australia.

A number of traditional varietals from Europe and South Africa are grown in Australia, which is understandable since there are no grapes that are native in this country. Among those grown are Merlot, Chardonnay, Sauvignon Blanc and Cabernet Sauvignon. The Chardonnay grapes are another popular enterprise in Australia, and they are the second most produced grape in the country.

The tropical north of Queensland has a bit of a niche when it comes to making exotic fruit wines. In this region, which is great for growing tropical fruits, several wine producers have branched out to use a number of interesting flavors to make wines. These fruits range from mangos to lychees and even davidson plums.

>> A good example is the Murdering Point Winery.

Some of the more popular wineries in Australia include: Penfolds, Wyndham Estate, Yellow Tail, De Bortoli Wines, The Yalumba Wine Company, Jacob’s Creek, Wolf Blass and Rosemount. Yellow Tail in particular is one that I can remember picking up at the shops in America, and Penfolds is a brand that I often turn to in Australia because it never seems to fail.