10 Sure-fire Ways to Blend in Down Under

When you’re a tourist, chances are you look like a tourist. People can spot you from a mile away, what with all those cameras and sneakers and baseball hats. Generally, it’s not such a big deal, but sometimes it’s nice to be a bit on the more inconspicuous side of things. Perhaps you just want to immerse yourself in the culture as much as possible by getting in touch with the Aussie lifestyle on a more personal level. Whatever the reason, blending in down under is a task that can be completed by following these 10 tips: 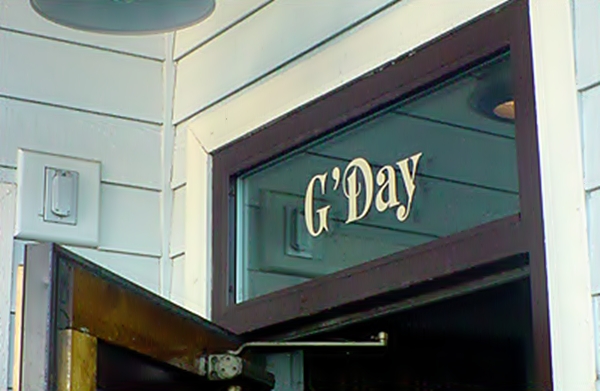 Mate is just such a friendly term, and the Aussies like to use it often in places where Americans might say “bud” or “buddy”. “Cheers, mate,” “G’day, mate,” or, “Hey, mate,” are both common phrases you can use to greet or give thanks for something if you’re looking to easily be inconspicuous. 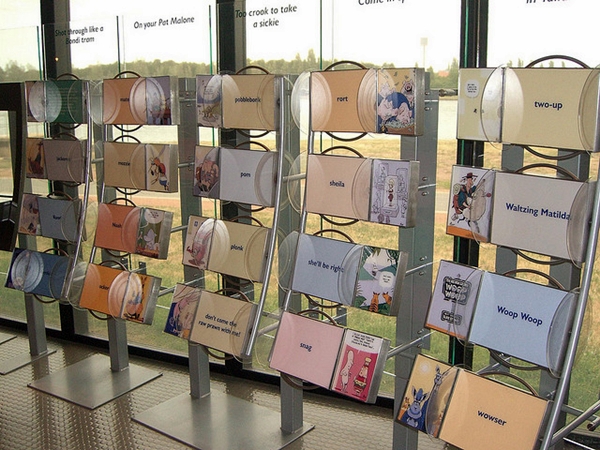 “Mate” makes for a great addition to your English, but to really sound like a local, a bit of Aussie slang is in order. Do you know what it means to “chuck a sickie” or “rock up“? Make sure you brush up on all the important bits of slang before you set off on your Australian adventure. It just makes life easier when you can understand what the locals are saying.

Try On an Aussie Accent 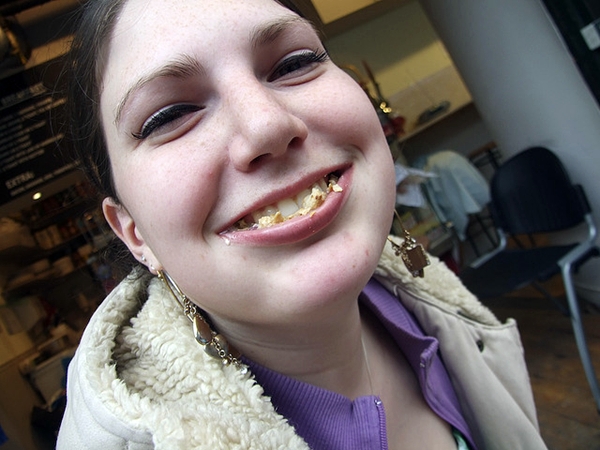 It’s kind of like talking with your mouth full, I’ve been told, and I totally agree. Words somewhat flow together, and you don’t enunciate harshly to speak like an Australian. I know it’s not too easy to do if you’ve never tried before (did you hear Oprah give it a try), but if you can pull this off, you’ll be well regarded as an Aussie.

Wear Thongs or Nothing at All 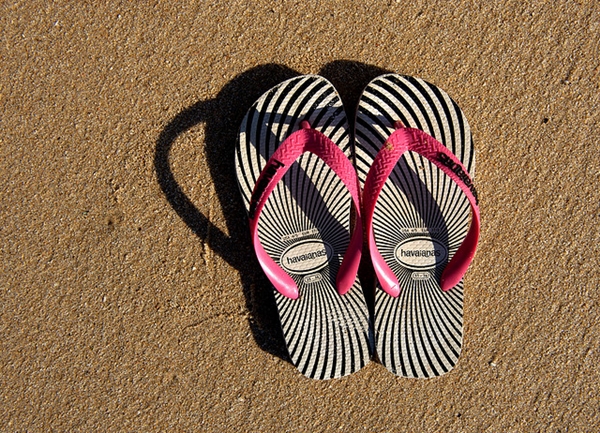 Thongs in Australia refer to flip-flops – not what Sisqo sings about – and the warmer climate means that Australians wear a lot of them. Or, you can just go without any at all and choose the barefoot route, which is surprisingly a common occurrence as well! It still shocks me to see guys walking down the street to the shops and around malls without any footwear.

Cook Something on the Barbie 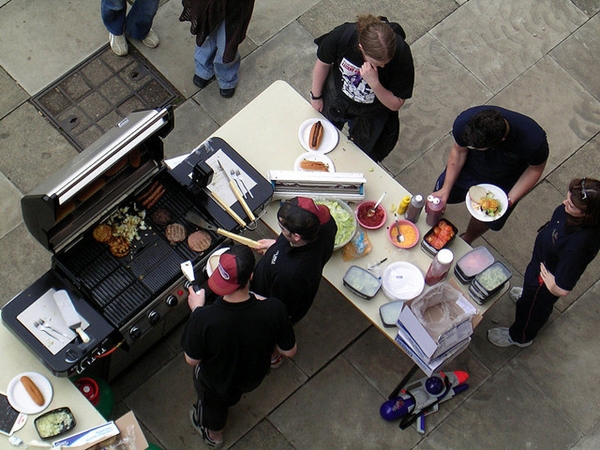 An Australian wouldn’t be Australian if they didn’t cook some famous Australian food on the barbie from time to time. This can include lamb, steaks, snags, prawns and roo meat to name a few of the options that make up a good barbecue. To take part in a true Aussie experience, I highly suggest heading to a park or a beach and making the most of those free-to-use barbies. 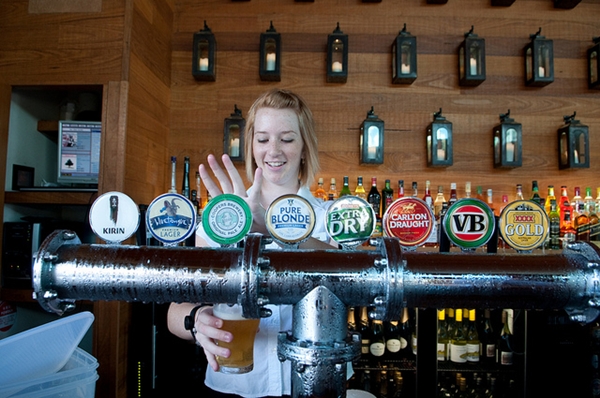 Australia is typically a beer culture. Although wine is well accepted, a cold beer in this hot continent is much more refreshing (you can count on COLD beer here). So, blending in can be helped by ordering a nice Aussie beer to enjoy at the pub. Some tips to keep in mind would be to consider the state or region you are in when ordering. For example, if you someone ordered a XXXX (a Queensland beer) in Sydney, a real Sydneyite might say, “Nah, mate, we don’t drink that piss here.” It’s also important to try and place your order using the proper lingo, such as asking for a schooner of beer in New South Wales (learn more about Aussie drinking terms). 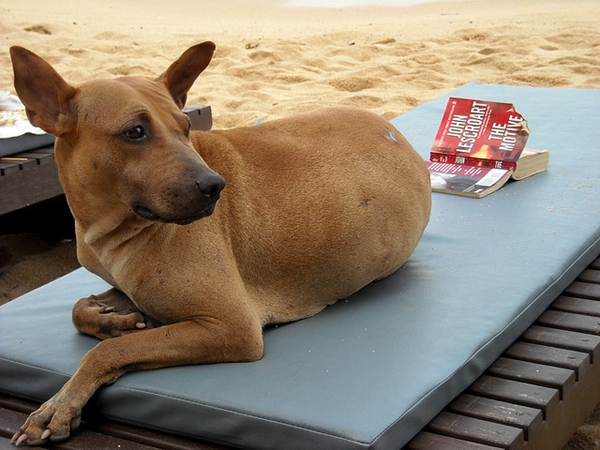 It’s a laid-back world in Australia, and I still feel this way after almost two years in the country. I’ve lived and walked through downtown Sydney, and yes, it is busy at times… but it is not THAT busy. Being the biggest city in the country, it’s amazing that life isn’t a bit crazier! I love the “no worries” attitude that Aussies take as it is good for the soul to not stress too much. When you’re here, take it easy and relax.

Talk About the Footy 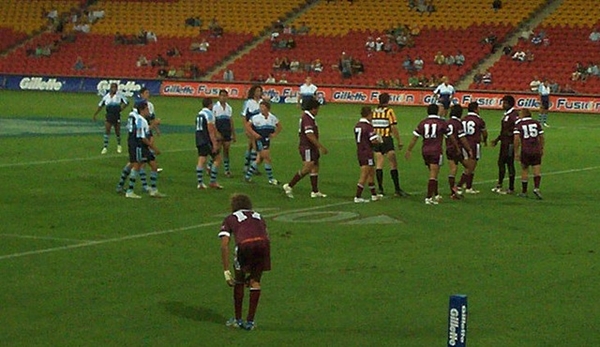 Take note of the popular sports in Australia and be sure to follow those. By doing so, you can strike up conversations with just about any bloke at any pub. It goes without saying, watching the footy at the local pub is a way to meet more Aussies, learn more about the culture, and blend in even more.

Slag Off on Poms & Kiwis 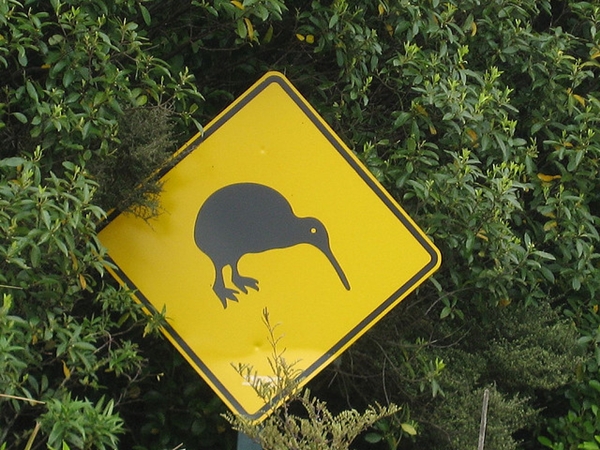 I apologize to both Poms and Kiwis, but it is quite true that the Aussies like to poke fun at the two cultures. You can easily make friends and blend in with the Australian public just by doing a little country bashing (in fun spirits of course). 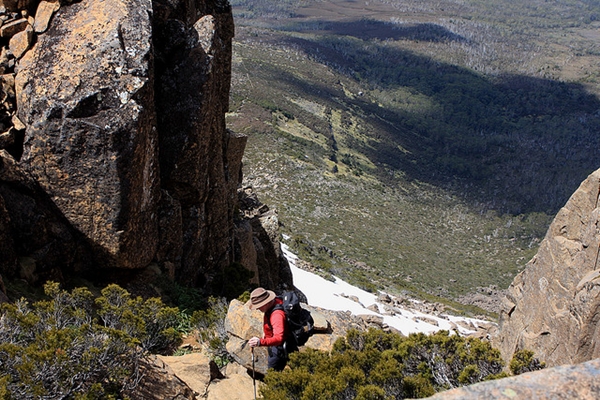 Plan to enjoy the great outdoors while in Australia because it is definitely what makes the country special. Aussies know that, which is why they are often found down at the beaches, in parks and out having barbies. It’s a great way to live life: in the fresh air and nature. Don’t you agree?