Love the Snow? Win a Snowboard (and more) From Jucy Rentals 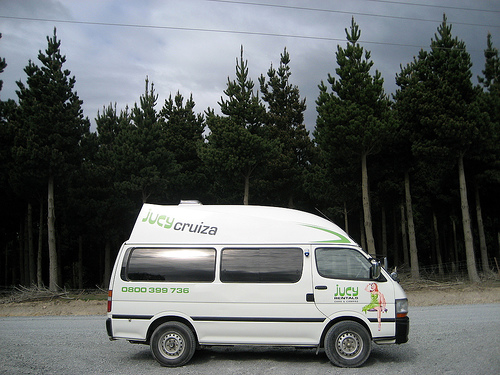 Jucy Rentals is embracing the winter chill and giving YOU the chance to win some snow-related prizes, such as a Drake snowboard, King Bindings, Jucy travel vouchers and lift passes. It’s called the “Jucy Loves Snow” photo competition, and to be a part, you just need to submit a photo of yourself enjoying the snow!

It could be a photo of you having a snowball fight, making snow angels or skiing the slopes. Whatever you decide, it just needs to be submitted to Jucy and posted to their Facebook page. After that, it is up to votes, or “likes”, to decide the final five.

In order to make it official, you must also “like” the Jucy Facebook page. The contest launched on July 9th and runs until August 6th, 2010. Winners will be notified by email on August 12th.

Prizes will be available at your nearest Jucy rental location in New Zealand or Australia. If you are interested in learning more, visit the Jucy website for additional details. Perhaps you’ll win yourself an excuse to head back to the snow!