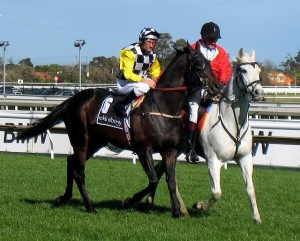 November is a popular time for travel in Australia. If you’re a tourist or someone on a working holiday visa, chances are you’ve chosen to start off right when the weather is getting to be its best in November. Because of the influx in tourism, you should definitely book well in advance your hotels and hostels to avoid losing out on vacancies and good deals. November is the last month of spring, but the first month of the busy tourist season down under.

If you like gorgeous weather, the majority of Australia is covered in it during November. The one main factor to worry about during this month is the start of the wet season in the tropical north.

>> Read more about the Melbourne Cup

Remembrance Day
Remembrance Day is a Commonwealth holiday to remember war veterans that is celebrated on November 11th in Australia. It is not, however, a public holiday

Mango Festival
The Mango Festival takes place in Broome each year for four days as a way for the Lions Club to raise funds while promoting the area.