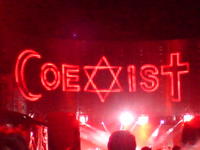 The Good news? Sydneysiders will be getting an extra Holiday on Friday September the 7th, 2007. However, that translates to a nightmare for anyone planning to visit during that weekend. The APEC Summit will basically be shutting down the CBD (Central Business District) for a few days before and after.
I just heard on the radio this morning, dear President Bush will be making an early appearance, just to make the lives of commuters even more messy. Transport, the Opera House, and street closures are all on the cards. Anyone who lives near the coast has probably noticed the recent appearance of Military ships running “Ops.”
Check out this article from Boston.com to find out more about closures. I’ll be writing a few more pieces featuring ideas of how to escape the madness. (Check out this blog for regional vacation ideas.)
CANBERRA (Reuters) – From Boston.com:

Harborside Sydney, usually a tourist and restaurant mecca, will be transformed into a high-security fortress when the leaders of 21 Asia-Pacific economies gather for the three-day APEC summit.
Breaking News Alerts More than 4,000 troops, police, federal agents and private security guards will be deployed in the city centre to guard leaders including U.S. President George W. Bush, Japanese Prime Minister Shinzo Abe and China’s President Hu Jintao.
Sydneysiders are being asked to have a holiday during the September 7-9 meeting as the city centre is locked down within a 2.8-metre (9ft) reinforced concrete fence, meant to keep at bay possibly thousands of anti-globalization protesters.

“We are encouraging people to take a break over that long weekend, because the Sydney CBD and particularly the northern part won’t be the place to be,” New South Wales state Transport Minister John Watkins said on Wednesday.
The Asia-Pacific Economic Cooperation forum draws together leaders of 21 economies accounting for more than a third of the world’s population, about 60 percent of global GDP and 47 percent of world trade volume.
Host Australia hopes to highlight climate change at this year’s summit, with Kyoto climate pact holdout Canberra seeking to build support for a “New Kyoto” including developed economies such as the United States and emerging heavyweights China and India.
Demonstrators, including the so-called “Stop Bush Coalition,” promised peaceful protests during the summit, criticizing police no-go zones and mobile detention buses in parts of the city close to the Harbour Bridge and historic Rocks tourist precinct.
Most of the major five-star hotels are in the sealed-off area.
Leaders’ meetings will be held on September 8 at the recently World-Heritage-Listed Sydney Opera House, and September 9 at the nearby Government House.
The Opera House will be closed to the public from September 3 because of pre-summit meetings.
Three central train stations will also be shut down during the summit.
Australia’s military will patrol “no-fly” skies above the summit with fighters and helicopters. On the ground and at sea around 1,500 troops and elite commandos will bolster security.
Green party lawmakers have criticized the security wall and placement of emergency loudspeakers as unnecessary.
“The fence will be an absolute insult because the process of democracy is something that is very important. It needs to be treasured and fostered,” NSW Greens MP Lee Rhiannon said.
Stop Bush Coalition organizer Alex Bainbridge on Wednesday published details of a planned 5,000-strong march past Sydney’s Town Hall and the U.S. Consulate to prove peaceful intentions.
“The march route we are proposing goes nowhere near where the APEC leaders are going to be,” he said.
APEC accounts for 70 percent of global economic growth.
Members are Australia, Brunei, Canada, Chile, China, Hong Kong, Indonesia, Japan, Malaysia, Mexico, New Zealand, Papua New Guinea, Peru, Philippines, Russia, Singapore, South Korea, Taiwan (under the name Chinese Taipei), Thailand, United States and Vietnam.
Read Article Here
Picture from U2 Vertigo Tour Concert.