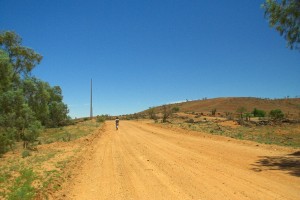 Having to worry about unsealed roads is not something I ever had to do until I arrived in this country, so I thought it would be a good topic to expand and elaborate on for others thinking about driving in Australia.

The unsealed roads in Australia are dirt roads, those of which generally run to more remote parts of the country. Unfortunately, they can do a bit of damage to normal cars if they drive on them for long periods of time, so they can really put a damper on a given route when taking a road trip. Rental car and campervan companies will advise against their use, and rightfully so. They are sometimes full of potholes, may lack traction and spew rocks around like crazy. Furthermore, some are riddled with creeks that can only be passed in the right vehicle.

So far, I’ve had 3 road trip encounters with unsealed roads that took me by surprise, and one of those encounters could have been avoided or remedied early on had I simply took a closer look at the map, perhaps at the map key. Back home, I only have to look at a map, see a line marked out and know that I can pretty much drive that way from A to B. It doesn’t always turn out to be the fastest way, but 98% of the time that road will be car-ready. In Australia, however, a map may have that line marked out, but if you don’t pay attention, you might not realize that it is marking an unsealed road. In this case, the longer route had to be taken when realized.

Another re-routing incident occurred when looking at a small map that covered a large area, meaning it didn’t provide the fine detail that was necessary to see that a small section of the direct route was unsealed. Of course, we were winging the trip, so planning ahead in detail wasn’t in the cards. We simply saw the road leading to our destination and assumed that when it came up, we would be fine. Well, when it came to the day when we were going that way, we looked at a more detailed map and saw the error of our ways. We simply had to take the longer route… again.

When driving from Cairns to Cooktown on the first day of the Cairns to Sydney road trip, I had a Google Maps print-off of driving directions with me. Even though I know I chose the inland route as we headed west towards Mareeba, there was a point of confusion when the directions told us to turn off onto a dirt road. I’m sure Google Maps thought this was some sort of great short-cut, but after driving down a few hundred meters and not seeing a proper through-road, we got out the actual road map and continued on our merry way. So, while Google Maps is often a great way to check estimated driving times, one should always try to verify the results with a road atlas when possible.

So, while none of these situations above caused any real drama, they did add on some extra time to a trip that we weren’t expecting. It is a good thing to note that Australia roads are just not up to the standards that other countries might expect; there is a huge expanse of land here to cover, and just not enough people to warrant funding sealed roads that lead in every which direction. Just be careful when planning your road trips, buy a proper Australia road map, and if you really want to have the freedom to go anywhere then make sure you are in a 4WD vehicle.