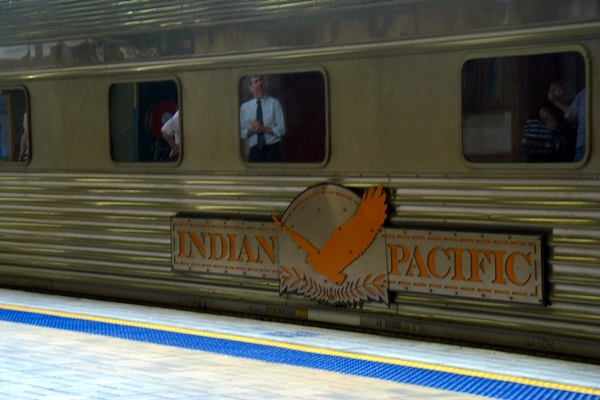 Imagine yourself on one train that takes you in just 3 days from the east coast of Australia to the west. The fact that this epic overland journey is possible might not be so surprising. What is surprising is that the first journey of this kind, on one standard gauge of rail line, didn’t happen until 1970. No, the Indian Pacific railway system is a truly historic achievement, and after reading a little bit more about it, you’ll be even more inspired to take this amazing 4352 kilometer ride from ocean to ocean.

To think that different parts of the same country could be so hard to reach is mind-boggling, and to think that before 1970 the trip from Sydney to Perth and vice versa involved catching various trains because of rail gauge going from broad to narrow to standard and back is even more of a brain buster. But, that’s Australia – a big country with not that many people, and therefore transport through the nitty gritty bits of outback and sparse nothingness isn’t feasible when considering the few people it would serve and the huge task at hand.

However, the lovely Platform magazine I was given on-board the Indian Pacific train today explains the history of the line and how it was a transcontinental railway pitch that helped to get Western Australia to be part of the country.

That was early 1900s, and Platform magazine explains:

“A skeleton rail link extended from the east to the west coasts of Australia except for a 1996km gap in the system between Kalgoorlie in Western Australia and Port Augusta in South Australia.”

I like the part where it kind of points out the little gap of just about 2000km. That’s one intense gap in the plan, in some of the most nowhere places in the country, don’t you think?

The Australians prevailed though. In just five years, two teams of engineers finished the tracks – using “pick and shovel, carthorse and camel” – and met in Ooldea in 1917. It was at this point that getting across the country involved the seemingly endless train changes along the way, and it stayed that way until 1969 when the first unbroken line (all one gauge) was completed.

The first running of the Indian Pacific train went in early 1970, following an epic journey that I am excited to be experiencing for myself at this very moment.

Stay tuned for more about my Indian Pacific journey…

My ticket riding in Red Class on the Indian Pacific train was sponsored by GSR, but all the experiences and reviews are my own.