Getting from Sydney to Auckland 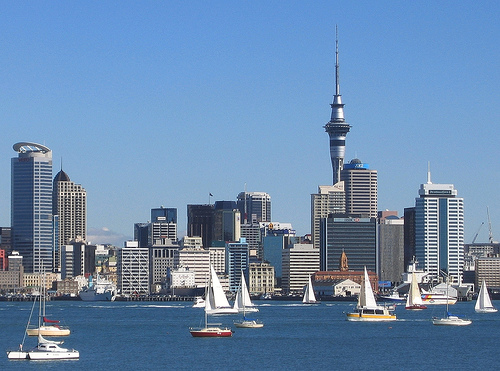 New Zealand may be a different island country, but it really isn’t that far away from Australia, which means most people like to kill two birds with one stone when visiting the region. If you’re in Sydney and looking to get to Auckland, New Zealand’s quaint capital city on the North Island, then there are a few ways you can go about doing that. The most efficient would be by taking a budget flight to New Zealand, but you can also choose to go by boat if you have the time and desire.

Getting to Auckland from Sydney by Plane

A direct flight from Sydney to Auckland will run just about 3 hours in length, and it can be done on a number of airlines, such as Virgin Australia, Emirates, Aerolineas Argentinas, Air Pacific, Jetstar, Lan, Air New Zealand, Qantas and United. Of course, the budget airlines, like Jetstar, are going to have cheaper rates, generally, but the other airlines might come with more services and amenities to make the additional fees worthwhile.

Every day, there are around 11 to 15 flights that service the Sydney to Auckland route daily. Qantas will go on various flights every day, while Jetstar has but one service but for each day of the week. LAN and Aerolineas Argentinas run quite infrequently, with LAN at once per week and Aerolineas Aregentinas at just 3 times a week. These may or may not fit into your schedule, so unless you are actually flying on to South America, you will probably not be taking either of those airline options.

Getting to Auckland from Sydney by Ferry

There isn’t a ferry service from Sydney to Auckland, but you might be able to find an Australian cruise to take you the distance. There are usually some great week-long cruise options that start in Sydney, the main port of call in Australia, and take you around the north and south islands of New Zealand. Another option would be to perhaps hop on a freighter ship to take you the distance. These are working ships, which will have many amenities, such as a pool and exercise room, but will be very far from your typical cruise lines.