Getting from Melbourne to Auckland 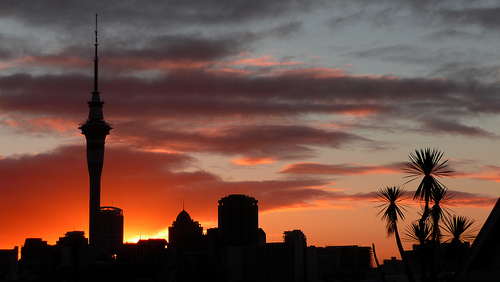 Are you in Melbourne and looking for a quick getaway adventure to Auckland, New Zealand? With Australia and New Zealand being separate island countries, the only way to make the journey from Melbourne to Auckland would be by plane or by boat – two options that have two very different time frames to work into a travel schedule. This post talks about both of the options involved in getting from Melbourne and Auckland.

Getting to Auckland from Melbourne via Plane

A direct flight from Melbourne to Auckland will run 3 hours and 30 minutes and will be the best method of travel between the two locations. Direct flights operate about 7 or 8 times a day, depending on the day of the week, and can be completed on Qantas, Air New Zealand, Virgin Australia, Jetstar and Emirates. If looking for a cheap flight to kick of your holiday, have a quick search below.

Since the flight is international, non-Australian travelers will need to make sure they have the proper visa to enter the country. Also, be aware that all visitors upon returning will be subject to customs and immigration rules and regulations. My tip: declare everything.

Getting to Auckland from Melbourne via Boat

For the traveler that has heaps of what most people don’t – time – the option of getting from Melbourne to Auckland by boat is an option. Several cruise companies will hit both Australia and New Zealand on their tours, so both Melbourne and Auckland being popular cities, a cruise to get from one to the other is quite plausible. Have a look at the cruising Australia page for more information on cruise companies. In some cases, you may have to get from Melbourne to Sydney to make this work. Another option would be to try a freighter ship, which is very different from a cruise.

>> To better plan your trip to New Zealand, research Auckland accommodation and things to do!