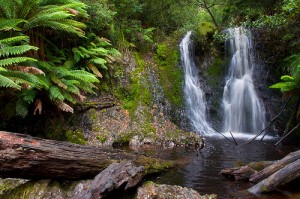 Tasmania is an island off the southeastern section of Australia that also acts as an Aussie state. It is known for having natural surrounds with a large portion of the island dedicated to national park that a unique array of wildlife calls home. Tassie, as Australians call it, is located about 240 kilometers away from the mainland, and the two main ways to get there would be by plane (through a budget airline) or boat (ferry).

The weather in Tasmania presents 4 distinct seasons with winter falling in June to August and summer in December to February. Winter brings the wet weather and snow with a high of near 12 °C (54 °F) on the coasts and a mere 3 °C (37 °F) in central areas. Summer weather on the coasts tend to be high around 24 °C (75 °F) while some inland areas can be quite cold, reaching 17 °C (63 °F) on a good day.

The best time to visit Tasmania varies according to your travel plans. When looking for snow activities like skiing and snowboarding, then winter months are prime targets. Summer weather will be generally pleasant compared to the rest of the country and is a perfect time to take up some light hiking in the forest-covered hills.

Hobart is the capital city of Tasmania in addition to being the largest and most populous. It is home to the Cadbury Chocolate Factory and the Cascade Brewery to name a couple of the food and drink things to do. Hobart’s location makes it a perfect hub for certain Antarctic endeavors.

Near Hobart: Check out Mount Wellington.

Planning a Trip to Hobart:

Launceston is the second largest city in Tasmania and is located closer to the north side of the island. It is known for the Tasmania Zoo that is home to a great program for the endangered Tasmanian Devils.

Near Launceston: Check out Cradle Mountain and Devonport.