Ways to Save Money on Drinking in Sydney

It’s no joke that drinking in Sydney is expensive. At $8 for a beer, and double that for a cocktail, it’s one of the easiest ways to blow a travel budget when down under. I’m sure you’ve heard it before — you can always save money on drinking in Sydney by just drinking less, or by spacing your beverages out with non-alcoholic ones — but that sometimes just doesn’t cut it. So, for those of you out there that want to kick back on their holiday and enjoy a drink or two without emptying out the wallet, here are some of the ways I’ve found to save money on drinking while in Sydney. 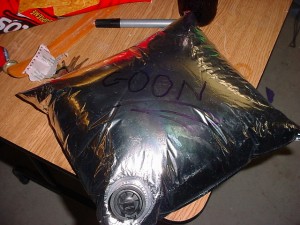 This may or may not be a good idea. Goon (boxed wine) in Australia is like the ultimate backpacker drink seeing how you can get a 4 liter box for a mere $10, more if getting from a small bottlo (bottle shop). Besides being cheap, goon is stored in a special silver bladder that actually helps it to stay fresher longer and to not break if dropped like other alcohol beverages might. And, when you’re done with the drink, you can use the silver bag as a pillow, or you can be even more creative and cruise the Sydney Harbour in one of these goon rafts!

If you do decide to “slap the goon”, just be warned that it is known to cause quite the hangover headache the next day. It is cheap wine after all.

If you want to save money at the pubs, drink the local brew. I know that a nice Corona with a lime on a hot summer day may be appealing, but you’ll most likely be paying a couple bucks more for that imported beer than one of the trusty locals. You’ll typically get the best deals by ordering up a Tooheys, a VB or a XXXX, depending on what part of the country you are in. In Sydney, you’ll most likely be given the option for a VB or Tooheys as love for beers in Australia is somewhat territorial. 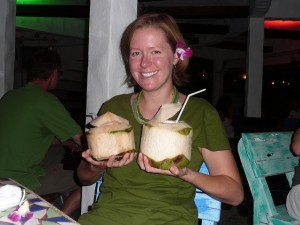 Happy hours often have really great drink deals, like two-for-one cocktails, so they should not be overlooked. Another bonus is that instead of only running from 4 to 6 pm as some may think, many places in Sydney will have happy hours that go until 7:30, or even 8 if you’re lucky. An excellent resource for finding the best deals in the area, for any night of the week, is the Sydney Happy Hour website. Just click on the day of the week to be presented with a slew of options from the area. You just may find yourself at a cool new establishment that you might not have known about otherwise.

If you do decide to partake in happy hour, don’t let it get the most of you. Half-priced drinks can often cause people to drink faster than normal.

Late nights out at the Sydney clubs are inevitably big money-sucks. To bypass spending more while out, you can always take up pre-drinking. All you have to do is grab a couple of mates and some more decently priced booze from the bottle shop. This also helps you to get to the clubs at a later hour, which adds to the possibility of spending less money. However, do check with your Sydney hostel in advance as to whether or not they allow alcohol on the premises. 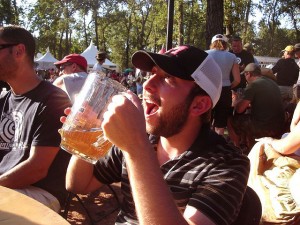 A jug of beer in Australia can get you around 3 schooners full of beverage. There are several pubs, especially around the Sydney Central Station area, that offer $10 jugs, either as part of happy hour, or all the time. If you split that jug with two of your mates, then that is one cheap beer in Sydney terms. Just be warned that the pubs with this special on all the time will probably be overrun by university students. This may or may not be an issue for you.

Backpacker bars are those that are generally placed right next to hostels that then offer specials for those that swing by. Two big ones in Sydney are the Scary Canary – next to Base Backpackers – and Scubar – next to the Central YHA. Each of these bars caters to the budget traveler and has specials on most nights of the week. If you want to be close to the action, search for availability in these Sydney hostels. 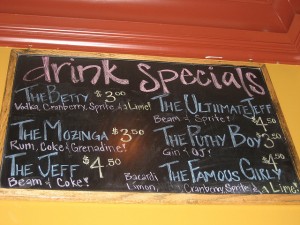 Most bars, pubs and hotels will offer drink specials at one time or another. If you’re not sure, then just ask the bartender. It would be a total bummer to find out halfway through the evening that you could have saved $10 or more just by choosing a different beer. That could have paid for another drink, or maybe your late-night kebab stop on the way home. Of course you have to weigh your personal tastes and preferences in making the decision, but for those where saving money is key, taste may just not matter.

Do you have any tips for saving money on drinking in Sydney to add to this list? If so, leave a comment below.