Sydney is less of a big city and more of a conglomerate of suburbs that stretch for miles in any direction. This post is brought to you by Caroline Eubanks of Caroline in the City and features the Sydney suburb of Marrickville:

Sydney’s Inner West is chock-full of great cafes. Each has its own distinct personality, like the people that make up this great city. My neighborhood of Marrickville is no exception. Here are my top 5 cafes in Marrickville, in no particular order, since I couldn’t pick a favorite if I tried. 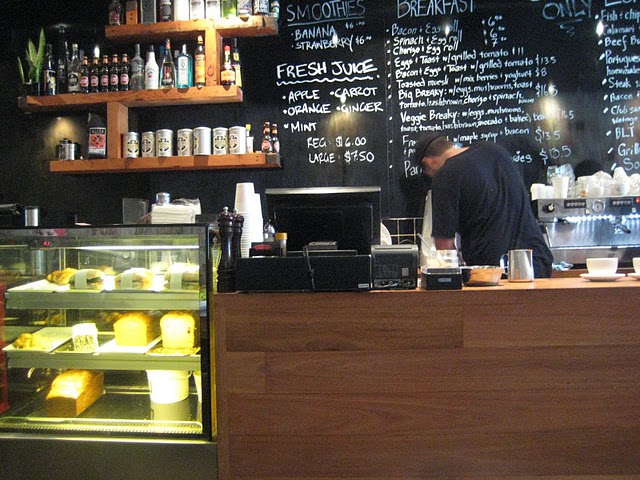 The mismatched furniture outside this nondescript building may not allude to a café. In fact, I walked past this place dozens of times without having a clue of what it was. If I had known that free wireless Internet and fresh fruit smoothies were waiting for me inside, I would have stopped by a lot sooner. 2204, named for the Marrickville postcode, is licensed and serves breakfast and lunch. They say that in September they will start serving dinner. The interior is cozy, with couches and shared tables. The menu is your basic café fare, salads, sandwiches and the like. Smoothies, juices, coffees and teas are also on the menu. A large cappuccino cost me $4.00 AUD and a bacon and egg roll was $6.50. All menu items are less than $16.50. 2204 is cash only, so leave the cards behind.
106 Addison Road. (02) 9569 2214 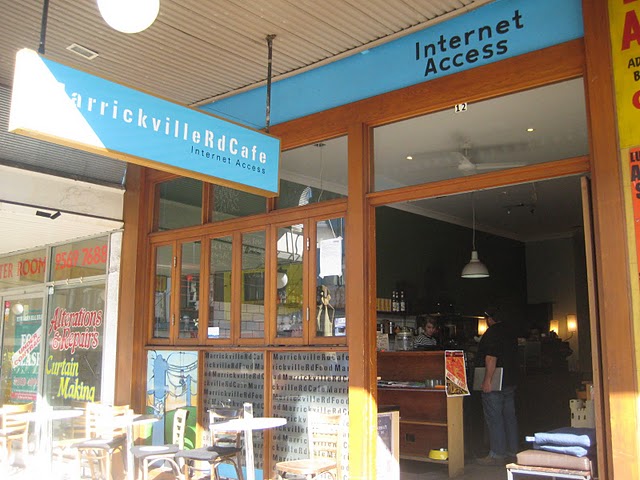 A native Sydneysider recommended this one to me, mostly for the free wireless Internet and homey interior. I like the quirky murals on the wall and the option of outdoor seating. They offer breakfast and lunch and most menu options are between $5-15. There’s also a nice list of daily specials, like pumpkin soup and chicken risotto. I got a large cappuccino, English breakfast tea and a slice of the pear and raspberry bread for $12. Heather of There’s No Place Like Oz recommends the egg and veg roll (read this cafe review by Heather). There definitely seems to be a lot of regulars here, since the baristas recognized the people in front of me in line. From the taste of my breakfast, I understand why. It’s not as busy as Post Café since it’s on the opposite end of Marrickville Road, but I still think it’s worth visiting.
1/212 Marrickville Road. (02) 9568 5485. 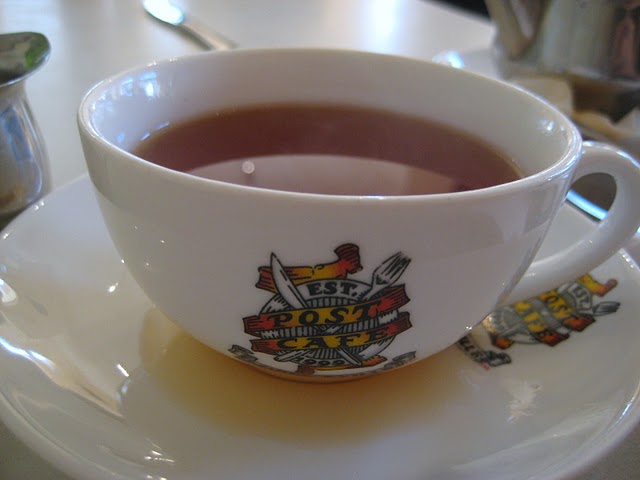 In case the name didn’t give it away, this café is in the old post office building. The outdoor seating is ideal on a sunny day, since it gives you the best vantage point for people watching on Marrickville Road. If you sit inside Post Cafe, there are cozy booths surrounded by a large painting of a topless woman and a couple of photographs of London. It’s easy to get tempted by the cakes, macarons and other sweets in the display case, but wait until you check out the menu. The daily specials are always appetizing, but my choice, time after time, is the cinnamon toast, on thick Turkish bread, served with a cup of T2’s Melbourne Breakfast Tea for $7.
274-A Marrickville Road. (02) 9572 9339. 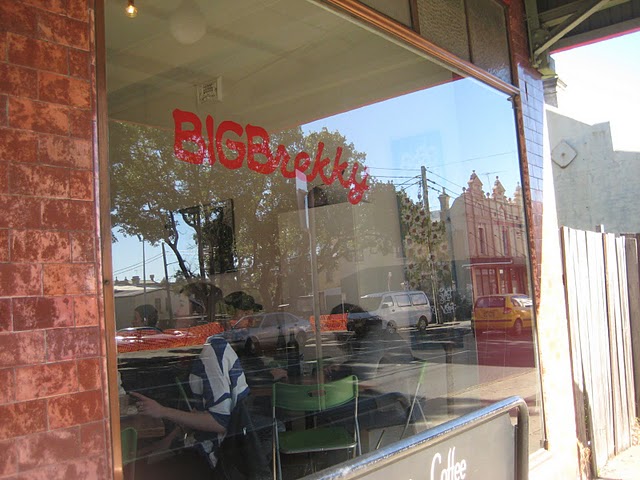 While it’s technically in Petersham, this café is close enough to Marrickville that it still counts. This adorable café brings in diners from all over Sydney, not just the Inner West, for its large portions and big cups of coffee. I’ve tried a little bit of everything on the menu, all less than $16.50, so I can recommend the pancakes, eggs benedict and the colorful fruit plate. The service can be lackluster on weekends, so go during the week if you can. You also won’t have to queue up outside for a table on weekdays. They’re open 7 days a week, 7 a.m. to 3 p.m. and open at 8 a.m. on Sundays and public holidays.
316 Stanmore Road. (02) 9569 8588. 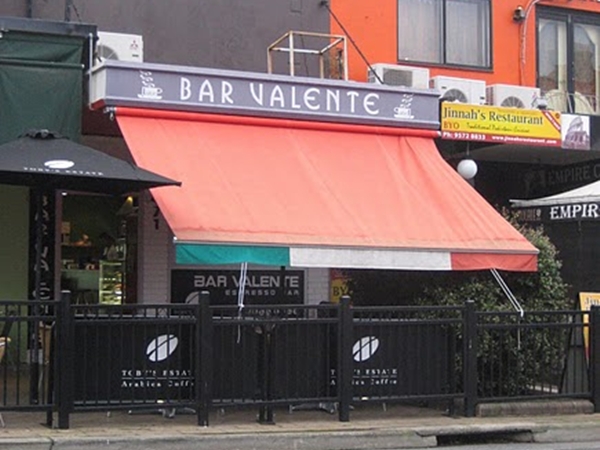 Another borderline café, this one is in Dulwich Hill. There’s not much seating inside this tiny spot, so the tables outside in the sunshine are your best bet. While their fare is pretty standard for cafes, ranging from $5-15, they also serve varieties of pasta if you want something heartier. I’ve had the ham and cheese croissant and eggs benedict and enjoyed both. Bar Valente serves Toby’s Estate coffee, one of the most popular brands in Australia. They only accept cash, but there are plenty of ATMs nearby. They are closed on Sundays.
471 Marrickville Road. (02) 9568 2249.