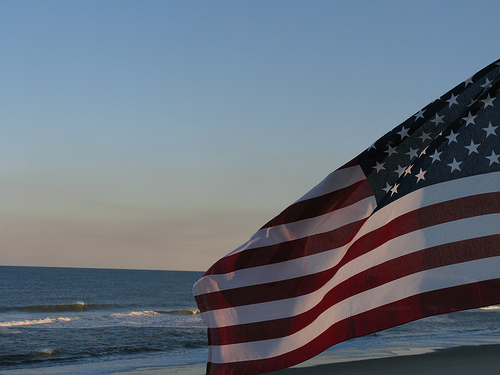 Sometimes when you travel or move abroad, you just crave a bit of home. Lauren Fritsky, the American blogger behind thelifethatbroke.com, shares some of places in Sydney where Yanks like us can go to experience the things we love.

Sydney’s pide, meat pies and kebabs are tasty. But, sometimes, you just want some chicken wings. Or grits. Or Sam Adams. Check out these spots around Sydney the next time you get a craving for some Yank fare.

>> For more fare that Yanks love, check out my post on where to find Mexican food in Sydney. 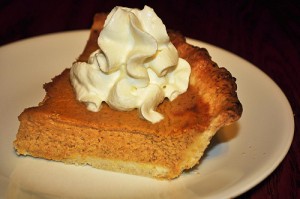 This Neutral Bay joint’s sister eatery, South, provided similar American food options at less expensive prices before it closed around Christmas. But you can still get some of South’s offerings, like spicy buffalo chicken wings (with blue cheese, a must), at Blue Plate. Other American goodies on the menu include Louisiana barbecue shrimp, ribs, jambalaya, corn bread and pumpkin pie.

The chef is from Detroit and his menu boasts grits, biscuits and gravy, plus drip coffee (free refills) and milkshakes. There’s old jazz playing on tiny TVs and the servers dress like waitresses from the 1950s at this Darlinghurst diner. 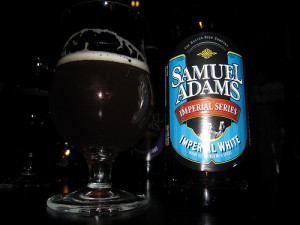 You’ll have to wait in a queue most nights, but once you’re unleashed into this Darlinghurst bar, you’ll see stuffed moose heads on the wall and Sam Adams on tap. The beer is pricey — as high as $12 — but this pub’s one of the few places you can find some American brews and southern drinks like mint juleps. This bar even has the staple saloon snack — shelled peanuts in bowls — and actual bar stools. Expect to hear some country music and American rock and roll blaring through the speakers.

If you miss Snyder’s pretzels, Hershey’s syrup and Aunt Jemima, head to the market section of the food court in the CBD David Jones. There’s a whole wall devoted to American items that changes slightly every couple of weeks. 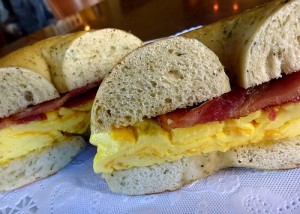 With a location in the Inner West suburb of Rozelle and a small spot in the CBD Myer food court, this is one of the few places in Sydney to get a selection of bagels. Get a sandwich, a plain with flavored cream cheese or a dozen to take home.

After you’ve gotten your bagel fix, pick up a sweet snack from the States in the form of Pop-Tarts, many varieties of Reese’s and PEZ dispensers shop in the Myer’s food court. You’ll gasp at the prices, but sometimes you need to spend to satisfy that sweet tooth. 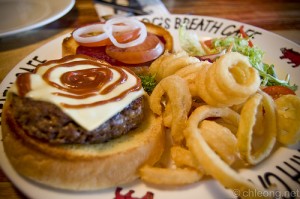 This chain establishment serves lots of American munchies, like curly fries, cheese sticks, potato skins and chicken tenders. There are also ribs, Tex-Mex and burgers in addition to sandwiches, seafood, pasta, poultry and other meat dishes.

There are Philly cheese steaks and banana splits on the menu at this Redfern Diner. That’s all you need to know. 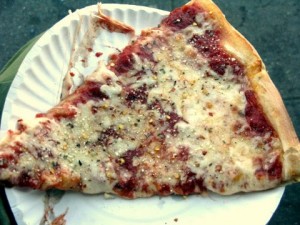 Sydney’s pizza is often of the small gourmet variety. For larger, thin-crust versions that remind you of home, try New York Slice in King’s Cross and Darlinghurst. Pizza by the slice costs a whopping $6, but the good news is you may be full from just one.

Pancakes on the Rocks

The idea for this all-day breakfast spot emerged from a road trip the founders took from New York to Miami in the 1950s. The original recipe used Aunt Jemima. If you don’t want pancakes, you can order pizza, crepes, steaks and other breakfast items. You can find the chain in the Rocks, Darling Harbour, Northmead and Campbelltown. A new North Strathfield location opens in July. 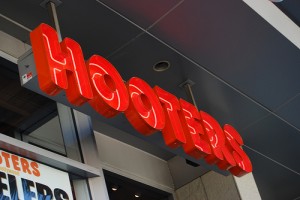 This Willoughby restaurant wants to take diners to the French Quarter. You can find Creole-Cajun classics in addition to burgers and ribs; there’s also a breakfast menu. New Orleans serves alcohol, including American beer, coffee and milkshakes and hosts live music.

You can also find some American-born chains in the greater Sydney area, including Tony Roma’s and Hooters. There’s Lone Star Texan restaurants, but they appear to be unaffiliated with the American chain of the same name despite serving “Texan” fare.

Lauren Fritsky is an American freelance writer and blogger who moved to Sydney in 2010. Read more about her life and travels in Australia at thelifethatbroke.com.