Things to know before going to the Whitsunday Islands 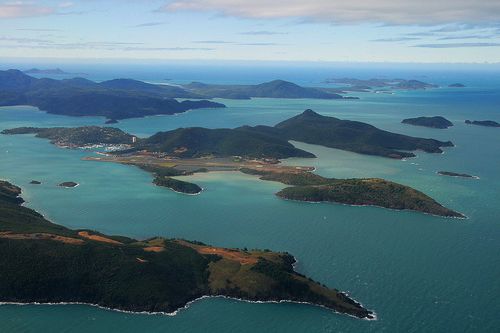 Located scattered off the central Queensland coast, the Whitsunday islands are characterized by azure/turquoise blue waters, coral flowerbeds, sandy beaches, lush, green topped islands popping above the sea. With beautiful scenery, access to the southern portion of the Great Barrier Reef, and a tropical climate that’s pleasant and warm year-round, it is no wonder the Whitsundays are a hugely popular place among backpackers, honeymooners and travelers from around the world.

Not only are the Whitsudnays totally spectacular, but sheltered warm waters and nicely blowing winds makes the islands a sailors paradise. The islands also offer a wide array of beauty—from the fine white sand at Whitehaven beach to amazingly colorful fields of coral.

Here are some facts about the beautiful Whitsunday Islands:

• Captain Cook first sailed through the Whitsundays on the 4th of June 1770. Cook named the area after the day he sailed though, Whitsunday, the second Sunday of Easter.

• There are 74 Islands in the Whitsundays.

• The Whitsundays is 70% National Park.

• Even Geologists cannot be sure where the Silica sand on Whitehaven Beach comes from although there are several unproven theories. One theory even includes a sunken volcano.

• Whitehaven Beach is classed as one of the top five beaches in the world. The fine sand particles are also great for polishing jewellery (not so great for cameras though!)

• Heart Reef off the Whitsunday coast in the Great Barrier Reef is a natural formation of coral.

• The Whitsundays are situated on the same latitude as Rio de Janeiro and Tahiti, and therefore the Whitsundays enjoys a tropical climate with daily temperatures varying little from month to month. The days are warm year round and evenings are sultry in summer but cooler in the winter, requiring only a light jacket or sweater.

• The average water temperature in the Whitsundays is 26 degrees C.