Where to Watch the World Cup in Sydney 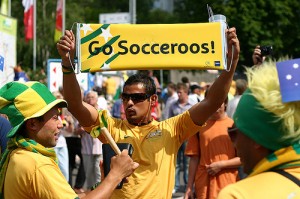 The World Cup is here, and even though this post is a little late coming, there is still plenty of soccer action to take part in watching while in Sydney! It’s an entire month of games that have resulted in extended liquor licenses, later working hours and tons of commotion and excitement that’s just better when experienced with others. Here are some of the great establishments around Sydney city that are great for watching the Cup.

Sydney is one of few cities around the world chosen as an official location for a FIFA Fan Fest! Sydney’s Darling Harbour has been transformed into a nightly event for viewing the games at 9:30pm, midnight and 4:30am, as well as watching street soccer games and concerts. More than 10,000 Sydney residents turned up for the opening game, so you know there will never be a dull moment. Best of all, Fan Fest is FREE!