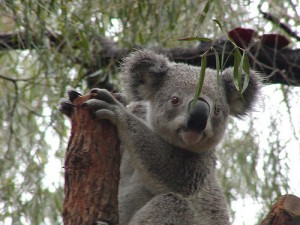 Perth is slowly becoming one of Australia’s most popular holiday destinations. With its fast-paced development due to the mining boom in nearby areas, it is slowly becoming a hub for both glamorous and laid-back lifestyles. Perth hotels range from cheap, long-term options to 5 star and luxury accommodation that sits on its outskirts by private beaches and lush forestry. It truly is a place that caters to any traveler and is well worth a visit, whether you’re an Australian native or an international traveler. Here are our top 5 Perth attractions, however rest-assured, this is just the beginning of what this magical city has to offer.

London Court attracts many local and foreign visitors each year due to its extremely welcoming atmosphere and fascinating features. Built in 1937, London Court is the very essence of Tudor England, taking visitors back in time. One of the most popular features is the decorative clock which was modeled after one of the dials in the clock tower of Big Ben in London. With lovely shops and friendly merchants, London Court is a delightful place to visit.

The people of Perth are incredibly proud, and rightfully so, of their Kings Park and Botanic Gardens. The park is one of the city’s most frequented and popular attractions, both for tourists and the local residents. Resting just outside of the city centre lines, the garden gives visitors the view of the city but in the serenity of lovely greenery, trees and flowers. It also has views of the peaceful Swan River. A portion of the park consists of native bushland with many of Australia’s own native plants represented. While aesthetically pleasing, the park is also an educational attraction as children view the various plant life.

The Barracks Arch is considered a symbol of Perth’s rich history. The original Barracks were built in 1863 as a housing for the retired Enrolled Pensioner Force and their families. These were the guards who protected the people from the convicts that were brought over from abroad and therefore were well-respected. The three-story building was designed in Tudor style and looked something like an English castle. When the Barracks were demolished in the 1960’s, the Arch was left standing as a proud architectural monument. The public cried out to preserve this beautiful erection and succeeded in saving a piece of it for themselves.

Who can visit Perth and not stop by for a look at The Old Mill? The Old Mill stands firmly as one of Perth’s oldest historic landmarks. It was built in 1835 and is a place of peaceful serenity sitting next to the Swan River. Quaint and quiet, The Old Mill takes visitors back to a much simpler time, cutting out the noise and distractions of the busy city. This Perth jewel was nearly destroyed in 1955 during the building of the freeway, but the voice of the people prevailed and it is now protected by the National Trust for the enjoyment of tourists and residents alike.

While the people of Perth are warm and welcoming, they are not the only residents of this fascinating Australian city. The many animals at Perth Zoo welcome visitors and are happy to please the crowds with their fascinating personalities and characteristics. The Perth Zoo is located just outside the city centre. Popular features include: The African Savanna; the Asian rainforest; the Nocturnal House; and last but not least the Australian Walkabout which is home to such amazing species as Kangaroos, Koalas, Wallabies and Dingoes. Don’t leave Perth without paying a visit to the native wildlife at Perth Zoo.

What’s your favorite thing to do in Perth?