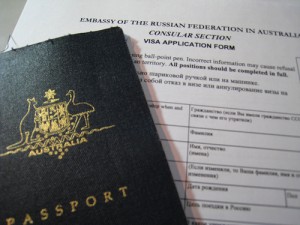 Only a third of Australians check government travel advisories before booking their overseas holidays, while 38 percent seek no travel safety advice at all, according to a survey by Australia’s biggest online travel insurer.

Although the Smartraveller website operated by the Department of Foreign Affairs and Trade (DFAT) remains the most popular source of safety advice for Australian travellers, only 34 percent of those surveyed said they checked the site before booking. Others said they sought safety advice via a combination of Google (23%), friends and family (13%) and from their insurers (5%), but 38 percent sought no advice at all.

Travel Insurance Direct General Manager Ian Jackson said the findings were especially concerning given recent events like the crisis in Egypt. “Being fully aware of the risks of travelling is absolutely essential and the Government’s advice on Smartraveller.gov.au should always be considered carefully,” Mr Jackson said. “It’s not only important for your personal safety, it can also affect your insurance – if you choose to travel against DFAT advice then you might not be fully covered.”

The survey found those who travelled the longest were the most likely to check DFAT advice. Forty percent of those who were away for a month or more said they checked Smartraveller, compared to only 32 percent of those who travelled for shorter periods. Those who used the internet to research their holidays were also more likely to consider Smartraveller advice (39 per cent), compared to those who planned holidays by other means (27%).

The research also found up to 10 percent of Australians travelled without adequate travel insurance. “We found a strong awareness that the cost of travel insurance is small compared to the risks if something goes wrong, but it’s still concerning that a lot of Australians are venturing overseas completely unprotected,” Mr Jackson said. Mr Jackson said while it was very important to check the Smartraveller web site, Travel Insurance Direct also provided additional travel alerts and travel safety and insurance advice for its customers via its website.  “It’s important to check the advisories issued by your travel insurer as well as those from Smartraveller,” Mr Jackson said.