Tourists and locals make the trek from Sydney to Melbourne quite often (and vice versa), but the distance typically calls for a cheap flight to Melbourne instead of driving. Driving to Melbourne, however, if you have the time and vehicle, is a very scenic experience, especially when taking advantage of the Royal National Park and the Grand Pacific Drive. 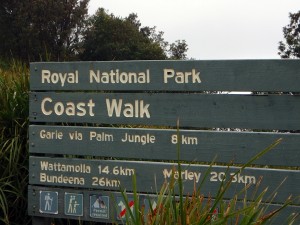 The Royal National Park lies just south of Sydney, and instead of taking the main highway around it, you can actually drive right through it for more amazing views. There’s nothing like feeling the contrast in scenery when moving from the city suburbs to hilly overlooks and finally jungle-encased roads that comes with the territory.

To get to the Royal National Park, you simply head south from Sydney on the Princes Highway through Sutherland. Once here, be on the lookout for national park signs that should be clearly marking the way, as well as the turn-off onto Farnell Avenue, which turns into Sir Bertram Stevens Drive. At this point, signs are all you need to navigate through this park area and further onto the Grand Pacific Drive. 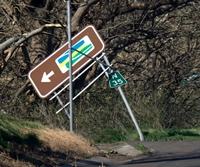 At the end of the Royal National Park begins the Grand Pacific Drive, and this route basically takes you east to the coastal roads instead of on the faster, inland route on the Princes Highway. As stated before, the Grand Pacific Drive signs clearly mark the way, so there is no trouble in navigating or the need for constant map checking. The signs look like those to the left, but usually not blown over (we had gale force winds the night before).

Even with the poor weather conditions the day that I was able to make this drive, I was still blown away by the experience. There were times when we were driving right over the waves of the ocean in the most pristine landscape; there were other times that we passed the crest of a hill to be wowed by the outlook below. We passed hundreds of picture-perfect beaches, beautiful picnic spots, cute little towns and drove over a white wooden bridge.

The 665 meter Sea Cliff Bridge was definitely an exciting point in the journey, and one that only the right photo could possibly describe. 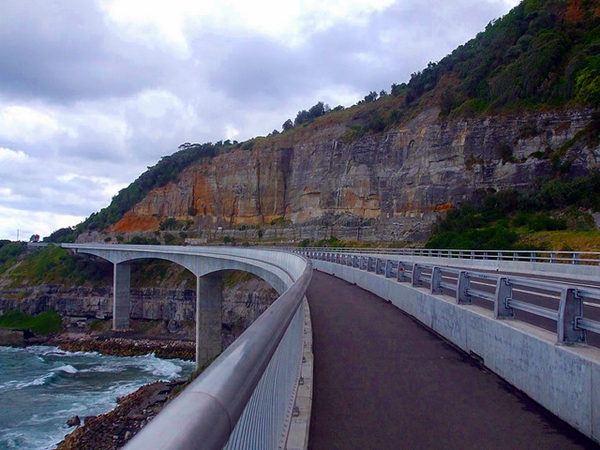 Sydney to Shoalhaven if driving straight through will take you around 3.5 hours, but factor in some time to stop off for photos or a picnic along the way. If continuing on to Melbourne, you can either head west towards Canberra for the inland route (10 more hours), or stay the course along the coast for a more scenic journey with further chances of stopping at beach towns (12 more hours). You’ll definitely not want to make this entire drive in just one day, so if you have the time to spare, use it to enjoy what this beautiful country has to offer.