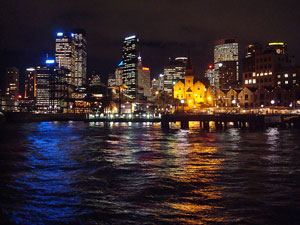 To some individuals, skinny dipping would mean a Jacuzzi and a hot date. For others, though, nudism is a lifestyle and searching the ideal location for a fast dip without clothes is normally difficult than one could imagine. Fortunately, there are several remote beaches near Melbourne where naturists can enjoy swimming without worrying about paying a hefty fine.

There are four nudist beaches near Melbourne that are said to draw special group of bathers. Campbell’s Cove, Southside, Sunnyside North and Point Impossible are all legal nude and clothing optional beaches. Anyone who doesn’t like the strap marks can go to these places since these beaches allow nude sunbathing.

Campbell’s Cove beach is located just outside of Werribee. In the past it was not exactly the best place to spend a day bathing nude but over the years facilities have been added and now the beach is definitely worth a visit.

Southside Beach is located at a serene location between the former legal spot at Point Addis and Bells Beach. Admission is obtained by turning to the Great Ocean Rd, west part of Torquay to the Bells Blvd. or to Jarosite Rd, into the north east part of Anglesea. The Southside Beach is merely to the east portion of Point Addis. This nudist beach is situated in an inlet, giving it a good cover on during gusty days.

Situated at Mt. Eliza on Mornington Peninsula, Sunnyside North could have taken the prize as the toughest battle for nudism and clothes optional in the country. The naturists have spent years in their battle for legal standing, undisturbed by the conflict from the law enforcement, the local council as well as the near residents and they eventually won. However the fight should still continue for greater access and more parking in addition to undeniably more nudist beaches in this location to provide the needs of the many naturists in the eastern suburbs of Melbourne.

From Melbourne, take the route 3 or Nepean Highway south about 40 kilometers to Frankston. Continue for about 7-8 kilometers and seek the Sunnyside North Beach sign. From there turn right and drive along this street for roughly 800 meters to the parking lot. In fact, you might need to park well as there could be a shortage of car park during busy days. Then, get out of your car, walk on to the beach and go north just about the rocky point toward North Sunnyside.

Another clothes-optional beach situated at Torquay, Point Impossible Beach is as typical of the southern coastline in Victoria. It has a really wide area of sand spilling up to a background of large stagnated sand dunes. In order to get to Point Impossible you need to go south from Geelong or Melbourne down the Surfcoast Highway, before Torquay you need to turn left onto the South Beach Road or Blackgate Road, then turn right at the Horsehoe Bend Rd. At the end turn left to Esplanade. At the end of the Esplanade gravel section there is a car park, with entrance to the Point Impossible western end.