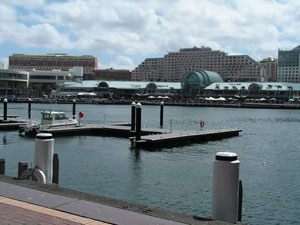 Being situated in the Southern Hemisphere, the seasons of Sydney are opposite from the Northern Hemisphere, so January is right smack in the middle of summer. Summer in Sydney is the perfect time to visit the beaches and unwind after the long holiday seasons brought by December. And since the temperature do not actually gets cold, you will be able to enjoy great activities while in this amazing city in January.

Sydney is blessed with a moderate and sunny weather, with hot summers. Summers in Sydney are usually humid with temperate nights, occasional downpours.

A lot of tourists book their flights to Sydney for the New Year’s Eve, which is a big attraction, which is followed by the Sydney Festival that normally runs for three consecutive weeks in the month of January. It will be hard to get cheap flights to Sydney during this time as the Sydney is starting to become busy accommodating its tourists. So, it would be wiser to book for your flight at least when spring starts if you are planning to go to this city in January and want to get a cheaper flight.

Visiting Sydney in January (at the mid-summer) would be so costly. Therefore, if you are aiming to obtain a cheap trip to this city, you need to search for the great deals in advance. Although there are last minute offerings, sometimes it won’t help as it is normally played by chance. Both hotels and hostels in Sydney can be book online and if you plan enough in advance, you can find something affordable.