Insane deals on flights to Australia 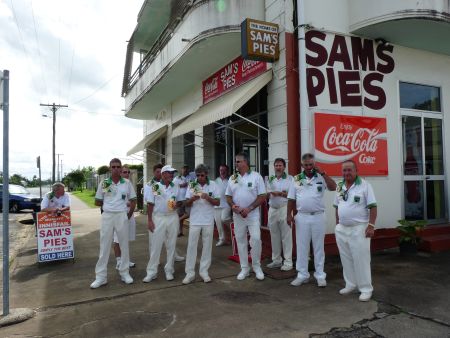 I recently had the opportunity to travel to Queensland, Australia and after snorkeling the Great Barrier Reef, Sailing the Whitsunday islands, making friends with kangaroos and eating one too many Aussie pies, I was already to book my next flight to the Land Down Under. If you’ve been watching airfares at all lately, you know that the bad economy has made for some screaming good deals on cheap plane tickets. This is especially true for flights to Australia. With Delta and Virgin Australia now offering direct flights from the West Coast of the U.S. to Australia, Qantas has had more competition on a route it used to dominate. Add on top of that an unsteady travel market and a struggling economy and you’ve got a recipe for some really insane deals and really cheap tickets to Australia.

However, while I have been seeing fares from the U.S. for as little as $400-$600 round-trip from the West Coast, I recently heard about an even more insane deal on super cheap flights to Oz. STA announced they would be giving away just 150 tickets from London to Australia for just £10. No, I didn’t leave a few zeros off that number. STA was literally offering up tickets at these crazy promotional prices.

Young Londoners eager for a trip to Oz lined up more than 72 hours before the promotion, according to an article in the London paper. These too-good-to-be-true cheap tickets aren’t available to just anyone, however. The promotion – to celebrate STA’s 30th anniversary – is open to anyone with a 12-month working-holiday visa for Australia. Just 150 tickets go on sale at eight outlets from 8am tomorrow. Those in the queue said they had heard about the promotion in an email from STA. The lucky 150 will also be offered a £389 return fare with a stopover in Asia.

For those who have a working holiday visa already in hand will now have some extra money in their pockets for travels and fun during their adventures in Oz. However, since only a handful of lucky travelers will score these amazing fares to Australia, the rest of us traveling to the Land Down Under will have to figure out another way to get to and travel in Australia on a bit of a tighter than those who lucked out with the super cheap fares.

My former roommate, who is getting ready to embark on an adventure in Oz herself, recently got a steal of deal on her flights both to and within in Australia by buying a Qantas Aussie Air Pass. This pass allows travelers to bundle their flights and helps save a ton of money of you are planning on doing any domestic air travel in Australia once you are there. Especially since Australia is a huge country with big distance in between many of the major cities and attractions, getting one of these Aussie air passes could be a great way to get the most out of your trip to Oz and see the country. Plus, Australia is an amazingly easy country to travel in for English speakers.

During my trip to Australia I was also very impressed with the incredible backpacker infrastructure in the country. It seemed almost everywhere I went there were a ton of great hostels where you could crash for cheap, and have a great time and pick up a few friends while you were at it. Even if you aren’t too into the hostel scene and would rather have a more quiet setting during your stay, there are also plenty of great, affordably priced hotels in Sydney and in other major Aussie cities like Melbourne.

Moral of the story: Be on the lookout for great deals on flights to Australia and start thinking about making your travel plans to the Land Down Under.