The Indian Pacific Train: Is it backpacker friendly? 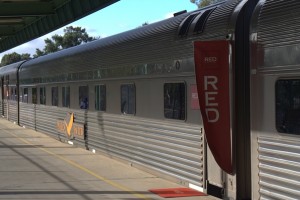 One of the biggest questions involving the transcontinental Indian Pacific train I get is whether or not it is backpacker friendly. I had noticed on the Great Southern Rail website there were discounts for those holding backpacker membership cards, but whether or not those were used much was beyond me. To be honest, I was a bit worrisome about doing the Indian Pacific trip at my age since all the responses I got from everyone was a joke about how I would be the youngest person on the train. Then again, those same people also said that they would love to do a trip like this.

Before I go further, I want to clarify that I do not think that backpackers have to be of the younger age range, but I do think that the majority of backpackers are those between 18 to 35. Instead of backpacker, I could also refer to these types of people as budget travelers willing to cut out a bit of comfort in the name of travel. Older individuals are usually more inclined to want the comfortable part of travel, and they are also willing to pay for it, which is why the Indian Pacific is generally something the older holiday goer will pursue.

I was given the opportunity to ride in Red Sleeper Class on the Indian Pacific train from Sydney to Perth courtesy of GSR, and it was great. I had a little cabin with seating for 2 people, a basin, a mirror and a closing door. At night the beds were pulled down and you had a quite comfy sleeping space as well. However, the price of that ride all the way from Sydney to Perth, with a backpacker discount, was still $1000 one way (3 nights accommodation & transport) – so, not very backpacker or budget traveler friendly in that regards.

The other option is to choose the Red Day Nighter Class tickets, which with a proper discount card comes to $329 all the way from Sydney to Perth. That is 3 days on the train for just $329 one way, and I would have to say that price is very backpacker friendly. If you’re looking for a shorter journey, Sydney to Adelaide runs for just $144 and Adelaide to Perth is $243.

In fact, I saw a large amount of backpacker and younger types taking up this class option.

What exactly does the Red Day Nighter Class involve?

The day/nighter seat is like a spacious bus or airplane seat, so you don’t get your own space as in the cabin class, but you get a much cheaper fare and the opportunity to experience the scenery that makes this trip unforgettable.

If you’re thinking this is a lot of money when you can just fly across the country for that amount, then this is probably not the trip for you.

I did not ride in Red Day Nighter Class, but I have heard various reviews from people that have. It appears there is much more legroom than on planes and buses, and the chairs do look cushy. Some people have said it was surprisingly comfortable, while a few others have said it made for a long journey. My personal recommendation would be to go for the Red Day Nighter Class ticket and then pay for access to the Red Gum Lounge to get a more comfortable place to hang out during the day.

My ticket riding in Red Class on the Indian Pacific train was sponsored by GSR, but all the experiences and reviews are my own.