The Fremantle Prison Torchlight Tour: Take It If You Dare 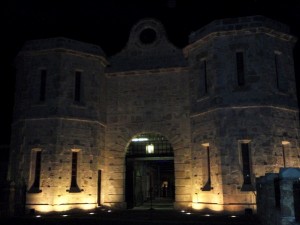 I have a soft spot for the spooky and the creepy, so when I saw there was a torchlight tour at the old Fremantle Prison while on the western coast, I obviously had to sign up. The prison was just down the street from where I was staying at the Fothergills bed and breakfast, and its big and ominous appearance stood out in the evening sky. My tour didn’t start until 8:45 that night so I had plenty of time to prepare myself mentally for what… who knows what… was in store.

After my not-so-great experience with the Townsville Ghost Tours, I thought it could go either way as either really corny or really exciting. Which way did it go?

Surprisingly it was really good, coming in with a mix of historical facts, ghost stories, a few surprises and an awesome tour guide. Seriously, the tour guide so often has a way of making or breaking an experience, and the tour guides I saw working at the Fremantle Prison were some of the best in the way they told the stories and carried you along from creepy place to creepy place. 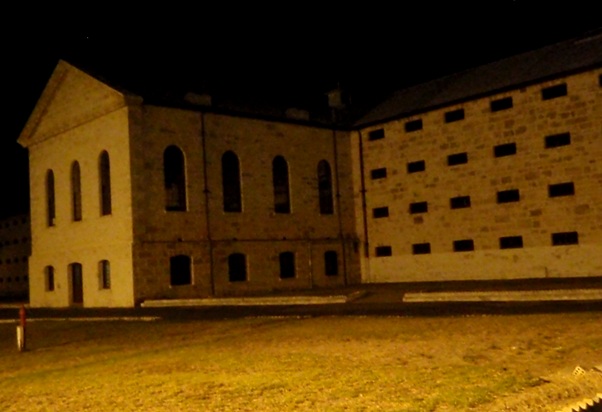 That combined with a few people in character in some of the darkest corners around the prison had a way of transporting you back in time. 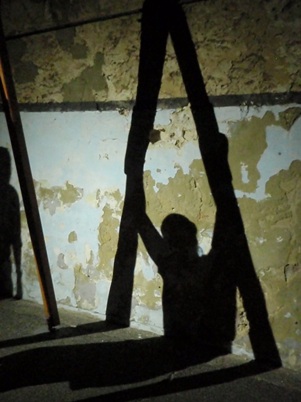 The Fremantle Prison incarcerated criminals for 140 years until it was decommissioned in 1991. Hundreds of thousands of convicts have passed through those doors during that time, and when you see the facilities of this prison, you will be taken all the way back to the early days during a time of bucket toilets and minimalist security. 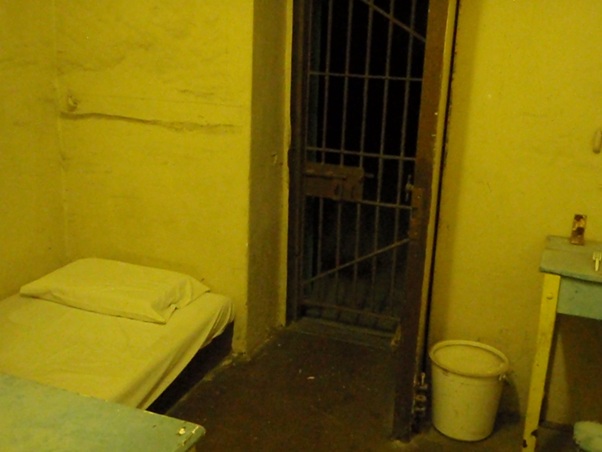 So, yes, I would definitely recommend the Fremantle Prison Torchlight Tour. It may cost $25, but it is worth it; you get 1.5 hours of entertainment in this World Heritage listed site, and a good portion of that fee will go to preserve the building itself.

>> Check out things to do in Perth, or read more about Fremantle.