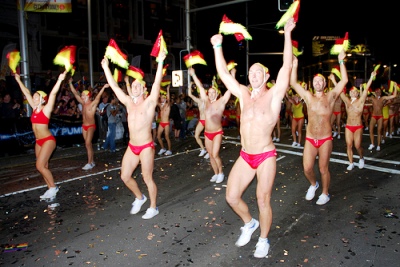 Sydney is blessed to have a lot of breathtaking festivals, cultural events and celebrations the whole time of the year. If you wish to include some of these electrifying activities into your lavish travel experience, we have made it easier for you with the list of festivals around Sydney:

First held in 1977, the Sydney Festival is the biggest and most yearly attended cultural affair happening every January. It is a month-long culture and arts festivals which features over 50 events incorporating both classical and modern music, circus, dance, visual arts, drama and public trainings. Its indoor and outdoor activities pull the attention of about a million individuals.

The Darling Harbor International Jazz Festival has instituted itself as one of the leading music festivals of Sydney. This festival extends over the long weekend of June. It specifically attracts travelers, interstate and throughout the globe. This yearly festival presents an impressive line up of artists both locally and internationally.

The Darling Harbor International Jazz Festival changes the most complex and globally commended events hub of Sydney into a musical variety with the lively, smooth, and dazzling sounds of big band, swing, funk, hip-hop and the gospel jazz of New Orleans.

This is a yearly gay pride display and festival for the Sydney’s lesbian, gay, bisexual and transgender or LGBT community. This is one of the biggest events in the entire world. The festival showcases individual candidates in vibrant costumes, meetings for local and interstate society group members as well as sophisticated floats that represent a current theme or political significance.

The festival and dance celebration attracts many foreign and local travelers, giving an important economic boost to the city of Sydney every year. The festival started during the early 1980s subsequent to arrests that were made during the pro-gay rights protests that started in 1978. Regardless of its name, it does not take place on Mardi Gras or Shrove Tuesday or on any Tuesday by any means.

This is literary festival that takes place every year and is held in the city of Sydney. Sydney’s Writers Festival started in 1997, with majority of the activities happening at the State Library. Since then, the festival has quickly expanded and is presently held at the Wharf 4/5 in Walsh Bay. The festival normally takes place for a week in the month of May every year and acts as a host to over 300 authors from different parts of Australia and other countries. Sydney’s Writers Festival normally incorporates poets, historians, philosophers, and fiction and non-fiction writers.

Tropfest is a short film festival, happening in mid part of February. The name of the festival is originated from its first location, the Tropicana Café located in the Darlinghurst, a central-eastern community of Sydney. The first festival started in 1993 with the films being projected onto an empty wall and it was called the Tropicana Short Film Festival on its first year.

The festival includes an agricultural display, a leisure park and an exhibit and unites the aspects of each, presenting the evaluation of farm animals and product. These all-inclusive exhibits had a lot of rivalries incorporating photography and cooking, arts and skills in addition to the tests of vigor and skill like wood chopping. Also, The Show also integrates restaurants, commercial stands, shopping and fairs, a horticultural show, a national recognized conformation dog and cat display and arena and stage shows.

The Sydney Garden & Flower Show takes place on the last week of August and is held in an array of locations at the Showground of Sydney. You can definitely obtain advice on gardening from a variety of professionals and personalities. The festival features exhibits, Searles indoor and outdoor stage, colloquiums, a sculpture walk and the cook it stage.

Festival of the Winds

Those of you who love to fly kites must not miss this event. Festival of the Winds attract many kite fanatics from various parts of the world to come and join this annual festival held at Australia’s famous beach – Bondi Beach. You can merely join the crowds and watch the enjoyment of many kite flyers flying their kites of every shape, size and color.