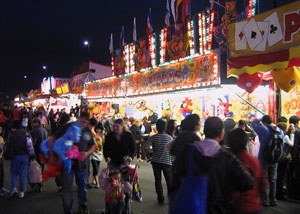 Melbourne, is known for its many festivals. Because of this, there is a good chance that there will be something going on during your stay. You can also schedule your trip to Melbourne to align with one of the many festivals.

MIAF is a vital event on the cultural calendar of Australia. Every festival takes a variety of music, dance, multimedia, visual arts and outdoor activities from famous and imminent International and Australian companies as well as artists in Melbourne. Also, it provides a broad range of free family-oriented activities.

It was founded in the year 1986 and its first name was Spoleto Festival Melbourne. It eventually changed its name to Melbourne International Art Festival in the years 2003.

St. Kilda Festival is regarded as one of the most acknowledged in the county and the most preferred events in Melbourne. It uses the beautiful foreshore of St. Kilda and honors the finest of musical talents in Australia.

The festival is created by the Port Phillip City and is considered as the festival’s backbone as it provides key funding, core resources and staff that have let the festival to progress and expand every year. The Port Phillip City is famous and renowned for its dedication to festivals and arts. Its flagship activities St. Kilda Film Festival and St. Kilda are famous worldwide because of their first-class to the extent that diversity prominent events in a jam-packed cultural calendar.

Royal Melbourne Show is an agricultural display happening at the Royal Melbourne Showgrounds each September of the year. The Royal Show started in 1848. The show centers in the display of rural production which includes livestock and products. There are related contests and awards. It is basically the time when the people of Australia come around the city and the establishment of the country’s economy in the rural production is commemorated.

Royal Melbourne Show is the biggest and the extensive running yearly public event in Victoria. The Show is said to be iconic in its own way, drawing the attention of almost a million visitors every year.

If you are fascinated with the wacky, weird, arty and untried, you will surely love Melbourne Fringe Festival. Encircling cabaret, film, movement, music, performance, sound and visual arts, it happens around the central business district but the center is in the northern part of Melbourne.

This festival is a yearly unconventional arts festival. It runs for about three weeks, starting from the late September until early October. It normally overlaps the start of the unique Melbourne International Arts Festival. The festival incorporates expanded in the past years to welcome circus performance and digital arts as well.

Melbourne International Comedy Festival or MICF is considered as the third-biggest international comedy festival worldwide and the biggest cultural event in the country. Generally, it is known as the slightest commercial and the most relaxed among the three key comedy festivals. Founded in 1987, it happens in Melbourne and lasted for three weeks each April. It normally starts on April 1 which is obviously, the April Fool’s Day. The main hub of the festival is in the Melbourne Town Hall although most of the performances take place in venues all over the city.

Melbourne International Comedy Festival is the host to many international and local artists. Though it is primarily the medium for cabaret and stand up acts, the festival also had incorporated plays, improvisational theater, sketch shows, musical shows, art exhibitions and debates. The flagship event of the festival if the telecasted opening Gala which showcases short performances from a lot of top-rated comics and headline.

Melbourne International Film Festival or MIFF is a highly commended happening every year for three weeks. It was established in the year 1951, making it the oldest film festival in the county and one of the world’s oldest.

The festival showcases more than 400 films shown from over 50 various countries. Also, it is the most attended film festival in the country with more than 182,000 admissions.