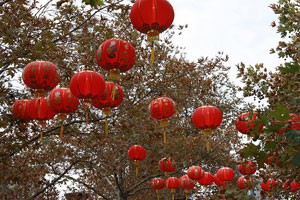 The heart of sports, the center of fashion, the culinary hub and the creative epicenter of the country…that’s basically Melbourne. This is probably the reason why a lot of tourists came to this city for its special events and festivals being celebrated each week. And no wonder why they love to visit the city though it is scorching hot in Melbourne during February.

St. Kilda Festival – The festival will celebrate its 30th anniversary in February, 2010. It is one of the most famous and most loved events not only in Melbourne but in the entire country. It uses the beautiful foreshore of St. Kilda and observes the cream of musical talents in Australia. The festival is produced by the Port Phillip City, giving key funding, important staff and funds that have let this event to expand and grow every year. The 13th St. Kilda Festival will take place from February 6 to 14, 2010.

St. Jerome’s Laneway Festival – This is a special rock event with a twist that is taking the major cities (Adelaide, Brisbane, Melbourne and Sydney) of Australia buy storm. The festival will bring culture and music loves together for one big event, to meet in one of the numerous alleyways and lanes that interconnect the city center of Melbourne. It is tagged as one of the most rebellious and exclusive pop music festivals in the country. This yearly laneway events hosts more than 30 various cutting edge bands in Australia in four various venues, all performing simultaneously.

Chinese New Year Festival – With more than 10,000 Chinese specking residents in the city of Melbourne, it is not a surprise that the yearly Chinese New Year Festival draws the attention of overjoyed festival-goers, who visit the city to rejoice with the dawn of the New Year. With vibrant float, singing and dancing from Chinese Opera and karaoke, this event will offer a diverse combination of the culture of Chinese. With sights for both old and young, travelers will surely enjoy the stage presentations, many culinary stands, calligraphy displays and lion dances. Come and celebrate this wonderful New Year celebration on February 14, 2010.

Midsumma Festival – The leading cultural and queer arts festival of the city will bring to life on summer. The festival will last for three weeks and it incorporates theater, live music, nightlife events and art exhibitions with queer-focusing subjects and broader community. Midsumma Festival will celebrate its 22nd anniversary from January 17 to February 7, 2010.

February is normally the hottest month in the whole Melbourne’s year. The summer during this month is typically dry and sunny.

More often than not, February will be abundant of sunshine with only little clouds. And most of the beaches in the city will be jam-packed during the weekend.

>> read more about weather in Australia

Summer is peak season in Melbourne. You can expect the city to be filled with travelers and locals. Therefore, it means that going to this city during this particular time of the year can be expensive. But, if you are able to book your summer flights to Melbourne in advance, probably during autumn or spring, you are sure to get cheap airfare flights and packages.

It doesn’t matter of you are a flashpacker, backpacker or simply worrying about your budget, Melbourne has hotels, hostels and other accommodation from the city center down to the outback In addition to saving you funds, hostels are ideal way to meet up other tourists like you.