Budget Airlines that Fly to Sydney 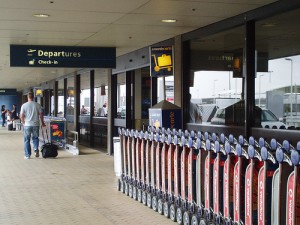 Whether you are coming in from a nearby country, or just another part of Australia, a number of budget airlines that fly to Sydney can help make the trek a little less expensive. This is excellent news to travelers on a tighter budget, backpackers and vagabonds looking to see the likes of the Sydney Harbour and Bondi Beach.

If coming from long distances, such as from the United States or Europe, the flights into Sydney are not really going to be on budget airlines. However, it could be possible to find a decent fare to parts of Asia and then proceed on a budget airline into Sydney, but this is usually only a better value option if you plan on taking advantage of the stop-off in the process. For those on limited time frames, this may not be the best use of a holiday.

Budget Airlines that Fly to Sydney

The Sydney Kingsford Smith Airport (code: SYD) is the busiest airport in Australia and serves as both a hub for Qantas airlines and several budget airlines to boot. Located in the Sydney suburb of Mascot, it is a short 10-15 minutes by train from Sydney Central Station.

Below is a list of all the budget airlines that fly to the Sydney Kingsford Smith Airport:

How to Fly Budget Airlines to Sydney

Lower your expectations. Whenever flying on a budget airline, the key is to realize that it is called a budget airline for a reason, and that is because they cut the added extras in order to cut costs. Instead, you are able to pick and choose what you want to pay for, such as checking a bag or watching a movie during the flight. It’s a different way to travel, so you have to consider whether or not the savings you receive make up for the lack of extras.