Budget Airlines that Fly to Perth 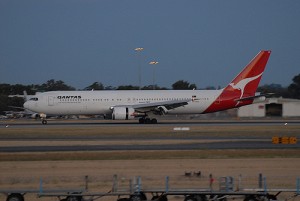 Making it to Perth isn’t on everybody’s to-do list when visiting Australia. Let’s face it – it’s a bit far away if you are constricted with time, and it can also add a hefty cost to the total bill. If the perks of all the wonderful things to do in Perth and its surrounds should tickle your fancy enough to extend your stay, then you’ll be happy to know that budget airlines can help you make the most of your money while getting to the west side of Australia.

Because of its location, Perth offers a number of flights to key parts of the world including South Africa and the Middle East. If you should find yourself coming from these locations to Australia, but would also like to include a stop in Perth, it could save you both time and money to think about flying into Perth first instead of Sydney or Melbourne, for example. From here, it is possible to make it to the other side of the country through a budget flight, or even by train or car.

Budget Airlines that Fly to Perth

The Perth Airport (code: PER) is located approximately 15 kilometers from the Perth CBD depending on which terminal you are departing from. It is quite easy to reach the airport via bus or taxi.

The following is a list of budget airlines that fly to the Perth Airport:

How to Fly Budget Airlines to Perth

When traveling long distances, budget airlines can help you make it to Perth at a decent rate once you get inside Australia, or to a neighboring Asian Pacific country. Breaking up a trip like this can save you money, but one must be sure to check for the budget airline’s standards and restrictions. Some may require a payment to check heavy luggage, while others might require you to check in before a certain amount of time before take-off. By failing to be informed on the regulations for the budget airline, you could in fact end up paying more money than initially expected.