Budget Airlines that Fly to Brisbane 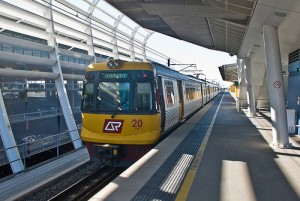 Brisbane acts as a great hub for travelers looking to explore more of the Queensland area. Some individuals choose to come from the south of the country to the warmer areas of the north during the winter months. Others may be coming from overseas for a relaxing holiday to the Gold Coast located just an hour away.

While Brisbane may not be a popular direct location for long-distance international flights, there are some routes to take you there. However, many flights will often have a stop-over in either Melbourne or Sydney, so sometimes it is a wise decision to see if breaking the flight up between the normal airline and a budget airline once in the country to save some money is an option. If you would prefer to not break up the flight like that and switch carriers, there is always the idea of traveling to Brisbane during the Australian winter, or searching for a mid-week flight, to save money.

Budget Airlines that Fly to Brisbane

Being the third largest city in Australia, Brisbane also has the third busiest airport known simply as the Brisbane Airport (code: BNE). It is located just a short 15 minute drive north of the Brisbane CBD and can easily be reached via Airtran’s direct train.

The following budget airlines fly to the Brisbane Airport:

How to Fly Budget Airlines to Brisbane

Luckily, there is only one airport in Brisbane so you never have to worry about double-checking whether or not you will be arriving in one airport or another on a budget flight. As always, it is best to keep in mind the fact that budget airlines operate differently than higher-cost airlines. Therefore, you should re-check all requirements and restrictions, such as the amount of luggage you can bring and when check-in closes. There’s no point in booking a flight to save money just to find out that you need to pay extra fees down the road.