Budget Airlines that Fly to Adelaide 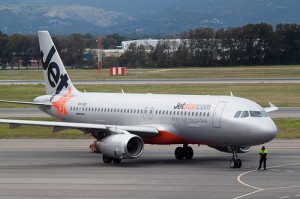 Adelaide is an often underrated destination, but for those that enjoy good food and wine, especially in a more relaxed environment, often find Adelaide a nice getaway. Adelaide is the main shoot-off point for the ever popular Kangaroo Island, where just like its name suggests is home to plenty of bouncing roos. Other travelers choose to explore a more adventurous route by using Adelaide as a starting point for a massive Australian tour to Alice Springs.

To get to Adelaide from overseas, you may have to have a transfer stop in Melbourne, Sydney, Perth or other major gateway. Since this is already part of the process, you might be able to save some money on this route by switching carriers to a more budget airline once inside the country. Other than that, flying on the cheap to Adelaide can be done by exploring in the off-season (winter in Australia) or by choosing flights on certain non-peak travel days of the week.

Budget Airlines that Fly to Adelaide

The Adelaide Airport (code: ADL) is located just a short ride away from the Adelaide central business district, and it features a fairly new and award-winning combined terminal for both international and domestic terminal.

The following is a list of budget airlines that fly to Adelaide Airport:

How to Fly Budget Airlines to Adelaide

Flying budget airlines to Adelaide is no different than flying budget airlines anywhere. A traveler should remember to lower expectations when partaking in budget airlines. As the name suggests, services that may be included on other airlines may only be available at an extra fee, such as a free drink on the plane. Some airlines may only allow payment for food and beverage on board by cash or credit card while others may give out free headsets. It all varies by airline, so do a little research before making your booking in order to avoid any future surprises.